The 35th SSS General Chapter took place at the Conference Center of the University of Saint Mary of the Lake in Mundelein Seminary, Archdiocese of Chicago, Illinois (USA) on June 4-24, 2017. 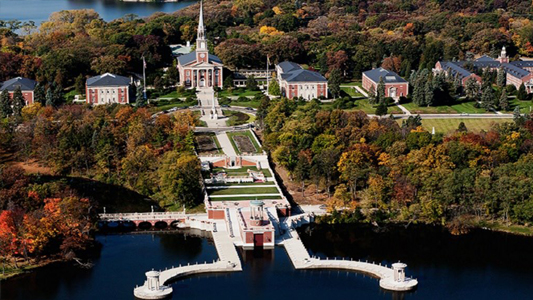 The General Chapter which is held every six years is the highest deliberative authority in the Congregation. As stipulated in our Rule of Life number 68, “its purpose is to promote the unity of the Congregation, to renew it in fidelity to its mission and to formulate a project in response to the demands of the Church and the world.” Number 71 of our Rule of Life states that the General Chapter has the responsibility to

The General Chapter which is held for the first time in the United States began with a creative prayer where capitulars invoke the presence of the Holy Spirit. Fr Eugênio Barbosa Martins in his opening address invited all the members of the Assembly to exercise “the authority in listening to the word of God, which is revealed in all the brothers present and in the reality with its challenges, its contradictions and its potentialities.” Subsequently, Fr Anthony Schueller, the superior of the Province of Saint Ann formally welcomed in his country all the participants of the Chapter. Recognizing that USA is a land of immigrants that have defined its society and the local Catholic church, it is a delight for him to see the true internationality of the Congregation, through the faces of all those who are present. Then a creative way of presenting each other was made, followed by a more formal presentation of all the capitulars, each expressing his hopes and expectations for the Chapter.

There were 41 capitulars, all in all: 31 of which represent 13 provinces and two regions; 6 members of the General council; and 4 supplementary delegates. The complexity of bringing together such a diverse group from different countries was earnestly taken cared of by the general team in Rome and the Province of Saint Ann in the United States. Five SSS priests were also present in the service of the secretariat, the liturgy and the accommodations. It is interesting to note that majority of the capitulars were participating in a general chapter for the first time.

The General Council oversaw every aspect of the Chapter's inner workings: daily schedules of liturgy, agenda, sessions, and meetings. French and English were the official languages used in the Chapter. Three moderators with the skills in both languages were chosen to bridge the linguistic and cultural groupings and to facilitate the deliberations in the sessions: Father Norman Pelletier (United States), Father Martin Tine (Senegal), and Father Camille Gagnon (Columbia-Peru-Puerto Rico), who is also fluent in Spanish.

The days of the Chapter usually begun with adoration of the Blessed Sacrament and the divine office, and then breakfast, morning sessions, lunch, afternoon sessions, group works and Celebration of the Eucharist in the evening. The deliberations went smooth as planned. The initial days were generally spent on the presentations and reports by the members of the general administration, the different provinces and regions, and the different commissions. The later part of the Chapter was spent on the proposals and decision makings.

The 19th of June, the 15th day of the General Chapter, was scheduled for the election of the superior general who will serve the Congregation for the next six years. It was an important and joyful moment, Fr Eugênio Barbosa Martins was re-elected Superior General of the Congregation. And adding significance to that remarkable day were the recognition of the canonical erection of the Province of St Pierre-Julien Eymard of Northern Europe and Mozambique and the declaration of the newly canonically erected Province of Notre Dame d’Afrique (Senegal).

On the following day, the 20th of June, at the moment of choice for the election of the general consultors and treasurer general, the following religious were elected and have accepted their election: 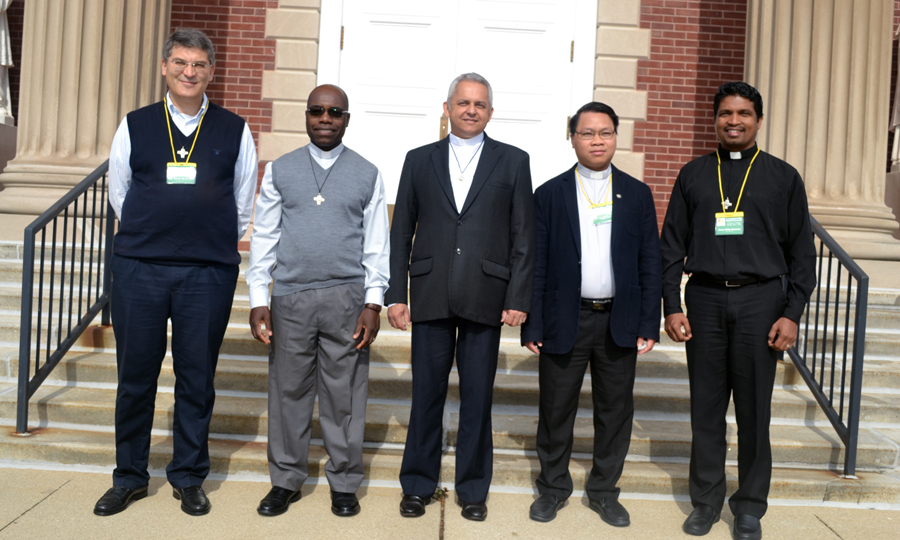 On the final day, the Commission on Memory and Discernment presented their final report. The report has caught the admiration of many capitulars for its well-reflected contents and was unanimously approved by the Chapter. A capitular even said that it is a document “that would make Fr Eymard happy for his sons”.

Fr Eugênio, in his final message gave a detailed and touching thanksgiving message to all who were involved in the General Chapter, and together with the assembly praised God by singing the Magnificat. He also announced his choice of Fr Martin Tine as Vicar General. Subsequently, the 35th General Chapter of the Congregation of the Blessed Sacrament was declared officially closed. The evening Mass presided by Fr Eugênio Barbosa Martins with his consultors became an occasion for the capitulars to bless and pray for the General Council, and in return, allowed themselves to be blessed by the Superior General.

Thanks to the all-out support of the host province and the staff, the experience went smooth and congenial to the end. Notably, the Province of Saint Ann also hosted two different outings on the free Sundays. The first was a trip on the 11th of June to the Parish of Saint Eulalia in Maywood, Chicago for a concelebrated Mass and a luncheon. After which the capitulars spent the rest of the afternoon visiting the city of Chicago, particularly the banks of Lake Michigan, the Millenium Park, the Cathedral of the Holy Name of Jesus and the adoration chapel of Marytown Retreat Center. The second was on the 18th of June, an outing to the Catholic Theological Union (CTU) on Chicago’s South Side for a Eucharistic Celebration, a luncheon, and an overview of all that this school of theology, of which the Province of Saint Ann is a corporate member, has to offer. The participants were treated as well with a leisurely guided boat tour along the Chicago River and into Lake Michigan to enjoy the city’s skyline.

The Chapter has been for all the capitulars an occasion to take part in the internationality of the Congregation, the eucharistic fraternity that breaks linguistic and cultural barriers, and an edifying patience, openness, joy and trust expressed in the simplest and humblest of things. The Chapter has made the participants, both the first timers and the veterans, proud and thankful of their history, confident and at peace with the present and hopeful in the future. 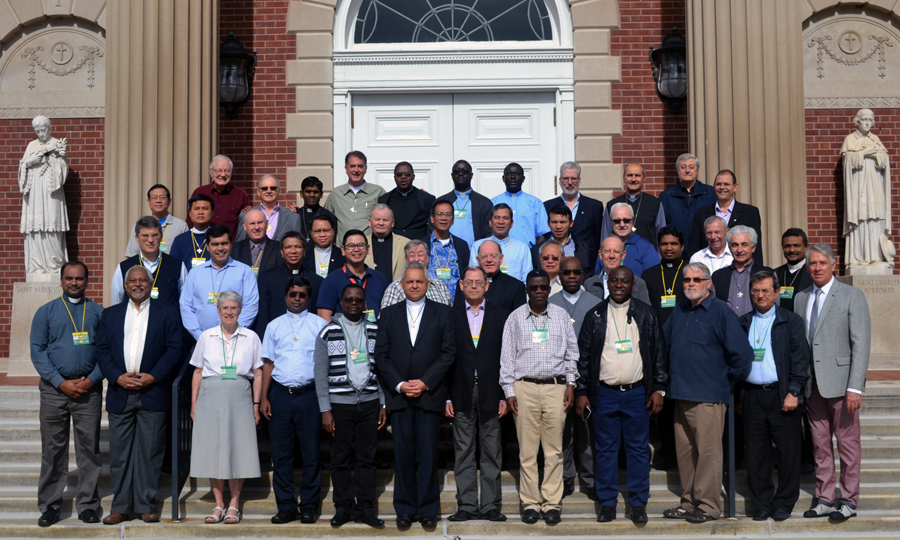 View this gallery on Flickr
View the embedded image gallery online at:
https://ssscongregatio.org/en/news/archives/item/14-35th-sss-general-chapter.html#sigProId64a5227c37
More in this category: « Vocation Convention Middle Religious Gathering »
back to top