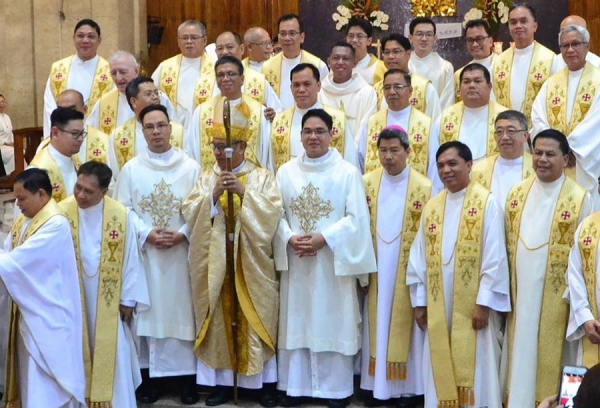 As early as January 2016, the Province of Our Lady of the Assumption (POLA) had set off with enthused anticipation its upcoming 60th Foundation anniversary in August 2017. The theme for this big celebration is “60 Years of Shaping Eucharistic Communities and Parishes”. Ever grateful to our Source, Jesus Himself, our Eucharistic Lord, through the intercession of Our Lady of the Blessed Sacrament and the guidance of our Holy Founder, St. Peter Julian Eymard, we become what we are now. Amidst the challenges of our world today, we constantly exert conscious effort to “make our parishes into authentic communities shaped by the Eucharist source and center of their life…” (RL 41). 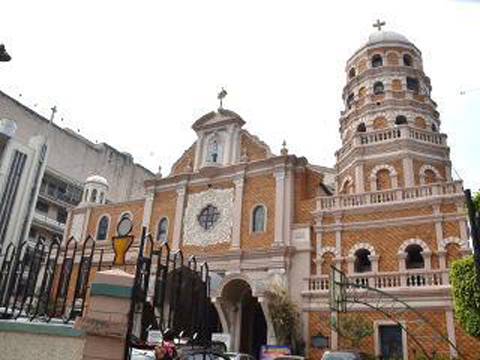 Looking back at 1957, when the first Blessed Sacrament missionaries arrived in Sta. Cruz Church, Manila, the Eucharistic flame had been lit in this part of the world, and keeping it afire has been the task of and the challenge for many people, both religious and lay collaborators alike. Together with the later Sacramentino religious, they laid the groundwork in transforming the parish of Sta. Cruz into a de facto Shrine of the Most Blessed Sacrament, where the Eucharist and the adoration of the Lord as its prolongation were given utmost importance.

From the single foundation in Sta. Cruz Church, the Province has grown to 16 Communities, 1 Mission Station and 14 Parishes. Thus, with the 60 grace-filled years of shaping Eucharistic parishes and communities, we are called, as put forth by St. John Paul II, “to remember the past with gratitude, to live the present with enthusiasm, and to look forward to the future with confidence”.

In order to make our 60th Foundation anniversary more meaningful and relevant, the Province had launched certain events which commenced in August 2016 and culminated in August 2017.

The Mass started a few minutes pass 10:00 a.m. with Most Rev. Sofronio A. Bancud, SSS, D.D., Bishop of Cabanatuan, as presider and homilist.

Isn’t it great and noteworthy that our kick-off for the 60-year foundation anniversary began with perpetual profession and diaconal ordination and culminated with another perpetual profession/diaconal ordination? Indeed, God is never outdone in generosity in terms of vocation. We are truly blessed to have these young men— talented and generous in serving God’s people. May God grant them strength and steadfast commitment in their respective assignments.

Fr. Provincial Joseph Matitu welcomed the guests and concluded his speech with a toast. The video prepared by Fr. Allen Peña was shown. Then some novices sang the anniversary theme song composed by Fr. Marc Bryan Adona. The duo of Fr. Junvic Diolata and Dante Chua served as emcees and kept a lively banter throughout the affair. Overall, from the looks on their faces, everyone had a grand time on this grand day. Laudetur Iesus Christus!

Last modified on Friday, 15 September 2017 20:33
Tweet
Published in Archives
More in this category: « My Experience in the Inter-African Scholasticate in the D.R. of Congo Eurocamp 2017 “Through the Mirror” »
back to top