Sharing from the Province of Sri Lanka 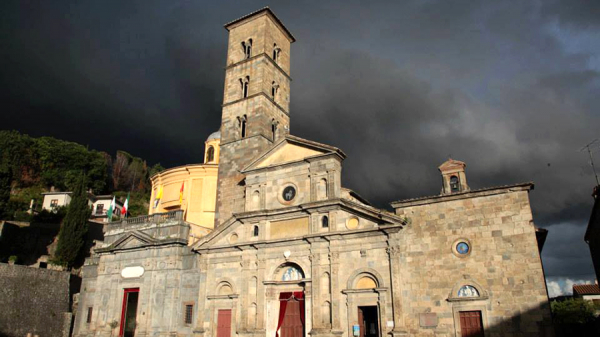 We joyfully communicate the arrival in Italy of Fr. Herald Thamel, who came from the Sri Lankan Province, which in the next few months will join the community of Bolsena and which is presented below. We personally thank him and his Province for their generosity and collaboration in sharing our mission sss, in the sign of internationality.

I am Fr. Herald Thamel sss from Sri Lanka. Born on the 7th June 1959 to a Catholic teacher’s family, I am the 5th among the 7 children they had. In the Catholic-dominated Western coastal belt of Sri Lanka about 25km North of the Colombo Airport, Wennappuwa was the town where I was born and educated. It was in Catholic colleges run by the Holy Family Sisters and Marist Brothers that I completed my high school studies and after a short period of work in the accountancy field, I joined the SSS formation.

After completing the period of Aspirancy, I was asked to go to Mumbai (then Bombay) India, for two and a half years period of Postulancy formation and Novitiate. I made my First commitment on the 3rd June 1982 and by now 37 years in the SSS way of life. After completing Philosophy and Theology studies, I was ordained priest on the 13th August 1988. While I was still a student and was in my last year of theology studies, I was asked by the Australian Provincial Treasure to manage a new building construction for the Kandy Scholastics, sufficient for 15 students, which I was able to complete in 10 months, before my final theology examination.

My very first appointment as a priest was to work at our second foundation of the Blessed Sacrament Congregation in Sri Lanka, Matale Parish, in the Diocese of Kandy. After two years at Matale, I was transferred to the mother house in Colombo. I was made the assistant community superior and little latter the community leader. With this responsibility, I still continued to work as the Vocation director, the visiting assistant Novice Master, and the postulant director and a member of the formation team as well.

Elected the Vicar-Regional Superior and latter in 1997 made the Regional Superior of the Region under the Australian Province, I had to work under trying circumstances to carry out the plans of the Congregation. After completing 10 years as a priest, I chose to take up some studies in the U.K. for one and a half years, where I completed a course on “Human-growth, Counseling, Spiritual formation and Spiritual direction”.

After returning to Sri Lanka in 1999, I was made the Superior/Parish-Priest of the Bandirippuwa Parish in the Diocese of Chilaw, with responsibilities of Vicariate secretary and the representative of the Diocesan of Chilaw in the National Liturgical Commission of Sri Lanka. With the completion of the term, I was transferred to Matale Parish as Community Superior and Parish Priest, where the Diocese appointed me in charge of the Vicariate.

At the end of the term, 2010, I was transferred to the Postulant house as the director, at Havelock Town, Colombo, where I worked for two years before I left for Australia. There I worked at St. Francis’ Church, Melbourne, Community of the Blessed Sacrament Congregation, for four years. After returning to Sri Lanka I worked at St. Philip Neri’s Church, Colombo with the liturgical affairs of the Church and the Formation of the Postulants as their Director.

From very early days as a seminarian, often I got involved in the area of mass-media and mainly worked creating radio programs for the seasons of Advent/Christmas and Lent/Easter. After becoming a priest I started working on creating Television programs as well. Then I started preaching over the radio and so far have done above 200 homilies on the Radios of Sri Lanka and in Australia with more than ten hours of other radio programs as well. Working on the television, I have done about 200 or more programs of preaching over the EWTN - “Verbum-Sri Lanka” and another 10-12 hours of television programs on few other Television channels, in Sri Lanka and Australia.

Now in Italy, since March 2019, going to school once again is reminding me that there is something new to learn always. Though still unable to communicate in Italian, as I wish with my own expressions, I have survived because of the ‘Language of Love’ that is loud and clear in the community; that I am now living in. It has strengthened me to face all challengers; especially when I heard the Easter Sunday Bomb explosions in Sri Lanka, where some associates of mine were harmed.

With hearts full of hope for a better future for Sri Lanka, I take this opportunity to invite you all to pray for our SSS brothers, their family members and for a sense of God-given security for all Sri Lankans.