Meeting of the International Commission of Formation 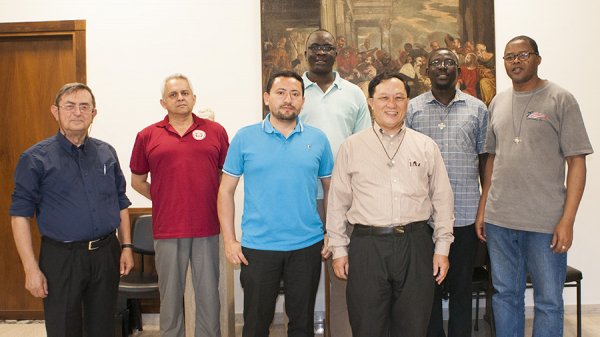 The International Commission of Formation met in Rome at the General House of the Congregation of the Blessed Sacrament from 30 September to 4 October 2019. We had the honour of the presence of the Superior General, Father Eugênio Barbosa Martins, who in his words of welcome and opening of the meeting, recalled the major points and directives of the 35th General Chapter regarding this Commission. In brief, “the lack of clarity for numerous SSS religious concerns the SSS identity.” A challenge that evokes the need to establish a formation process able to promote maturity in appropriating and living Christian and charismatic values. As the Superior General pointed out in his discourse, the 35th General Chapter requires that an adequate formation of formators be assured as one, among others, of the primary strategies.

The Commission was congratulated for the excellent work carried out in the whole Congregation for formation. Vocations are knocking at the door of our family, in great numbers in Asia and Africa, while a little less in Latin America and in the North, as well as in Europe. However, thanks be to God, we have always some candidate drawn by the eucharistic charism. The Commission sees signs here of God, who is responding to the prayers of our communities for vocations. 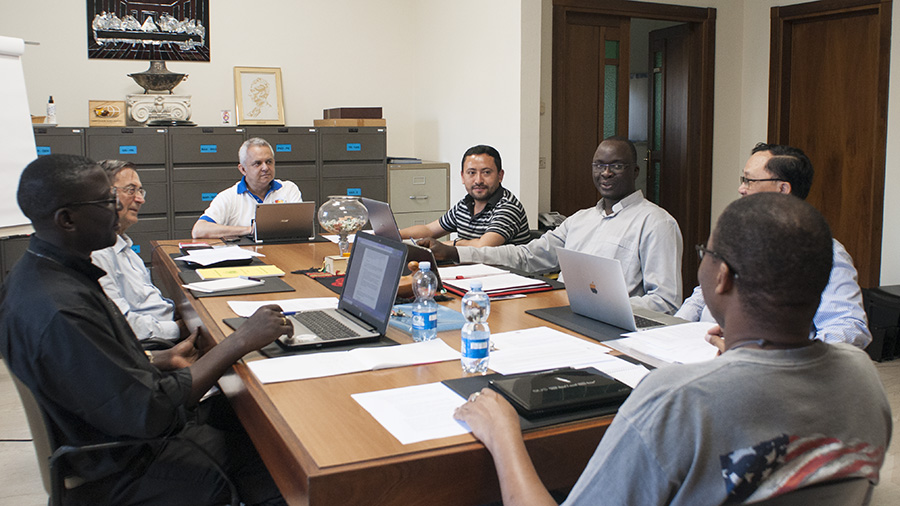 As you all know, the Chapter wanted to confirm the existence of the two executive Commissions in the Congregation, that for formation and that for finances. Consequently, the members of the Commission of formation are representatives and respondents in their respective geographic regions and also at the level of the different states of formation. We hope thus to have the means of reducing the distances and to promote better communication and a greater communion between formators of the same geographic region and between different levels of formation.

On behalf of the Superior General and his Council, of all members of the International Commission of Formation, I warmly greet all our formators and our candidates, assuring you of the support of our prayer and our closeness.

Our gratitude extends likewise to members of the International Commission of Formation for their availability in collaborating with the General Council in the animation of our formation process. May Mary, the Eucharistic Woman, and our holy Founder, Peter Julian Eymard, intercede for us and for our mission.