A Lent and Easter marked by suffering and death 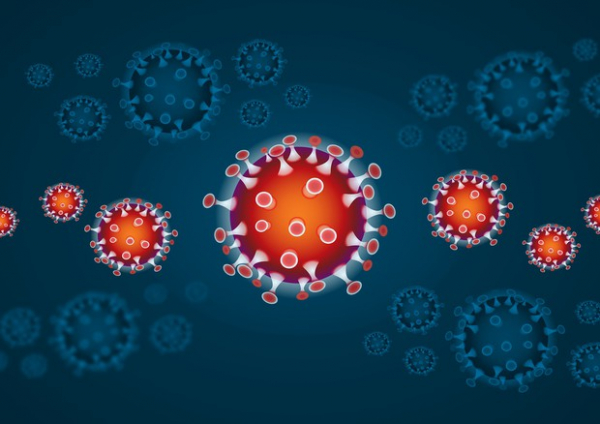 The coronavirus pandemic is ravaging the whole world and as we know well Italy, precisely Lombardia being one of the main territories afflicted. Particularly the province of Bergamo has been one of the epicentres of this terrible disease that has brought about suffering and death. Even our community of Ponteranica was not spared from experiencing this. Many residences for the elderly have had a strong share of the virus, which together with the illnesses already there has been a cause of various deaths. Our community, in fact, is designated above all a home for our elderly and ill confreres and also a small community of Blessed Sacrament Sisters.

The first signs, not entirely understood, appeared when in the second half of February Father Remo Rota began to have a slight fever, which little by little increased until the 28th, when having a very high temperature and shivering he was taken to the Emergency with suspected malaria since he had recently returned from a journey to Africa with Father Provincial. After a night in hospital, no evidence of malaria detected, he was discharged the next day, but the contagion was probably already rife in the community.

On the following Sunday, 1 March, Father Andrea Agazzi had a strong crisis. After having helped him to recover, while going up the stairs a cry for help was heard: it was Father Vitale Chiarolini who during the night had fallen, because already having pneumonia, and in falling had lost a lot of blood. Immediately we called an ambulance that took him to the Gavazzeni Clinic. After a few days we had confirmation that he had the coronavirus.

The following days were really very difficult: one after another different Fathers of the community began to be ill with fever and respiratory difficulties. Some of them because of weakness fell during the night so that cries for help seemed to be constantly heard. The Fathers in the Infirmary also endured the burden of the difficult and worrying situation, in the face of which there was a sense of impotence. To aggravate the situation there was then added the illness of the personnel required to attend to various necessities of the house or family members affected by the coronavirus: the cook, those in charge of the laundry and the wardrobe, the operators of the cooperative caring for the elderly fathers. This made it even more complicated for looking after the house or taking care of the confreres who needed continuous assistance for daily needs.

While some overcame the high fever phase, little by little the situations worsened, first of all, Father Benedetto Crotti, who died on 8 March, then of Father Remo always feverish and whose respiratory situation had got so bad that he required hospitalization. I would like to emphasise that at this time in the height of the emergency, the request for transport to the hospital was not easy to obtain because only those who were in a serious condition but with life expectancy were accepted, so much so that two fathers were not even taken to Emergency. The shortage of medicines and oxygen was also a drama at certain times; in fact, we also found ourselves with a single cylinder for two people, but luckily one of these was hospitalised.

While the situations of Fathers Cyril Gheza and Andrea Agazzi only got worse, on 13 March Brother Giambattista Tasca was also hospitalised at the Ponte San Pietro hospital. After the death of Father Crotti, in a few days, Fathers Remo, Andrea and Cyril left us: Father Remo died in hospital on 17 March and was sent to the community closed in a coffin without the possibility to see a familiar face, the others slowly died in their beds (Father Andrea on 16 March and Father Cirillo on the 18th). For none of them was it possible to celebrate the funeral with the presence of relatives and friends; their burials also took place in a strictly private way, as established by current regulations.

Then, things in the community started to improve a little. Gradually the other sick religious recovered, even if the disease left its mark in physical weakness and, at times, with a certain mental confusion. Brother Giambattista, whose condition was serious due to the onset of kidney complications, remained in hospital, whereas Father Vitale who, on the other hand, recovered a little was transferred for rehabilitation to the Quarenghi clinic in San Pellegrino. Meanwhile, Holy Week was coming; the celebration of the Easter triduum was carried out in a subdued manner and not at all with the participation of the people. The Easter joy connected with the hope of a gradual recovery was abruptly interrupted by the news of the death in hospital of Brother Giambattista on 13 April. Likewise for him, whom no one was able to visit since his hospitalisation, a community celebration, farewell and burial were held with the presence of very few relatives in the chapel of the Blessed Sacrament Fathers in the cemetery of Ponteranica.

The difficult situation was not ended since much attention had to be given and followed out regarding the sanitary regulations that required the distancing of persons and the use of protective devices. Faced with such a dramatic situation, we feel the need to express warm gratitude to all those who, even putting their health at risk, have helped us in these difficult days: first of all, Dr. Maria Teresa Lorenzi, who has always been close to our community, who unlike many other doctors who answered requests only by phone, she never neglected to visit our patients. Then the operators and nurses of the cooperative, our cook Michela, the fathers who assisted the health personnel for the various services and for night care. And finally, our Sisters who made their valuable contribution to the kitchen and laundry. In a particular way we want to remember Mrs. Carla, who over many years has offered her service in our community and was struck down by the fatal disease. Many expressed their tribute to her by their friendship and closeness, and prayerful support.

We have lived through a very special Lent, marked by suffering, death and bewilderment. The celebration of the Lord’s Paschal Mystery helped to throw on us the light of faith at this difficult time to rediscover the important dimensions of life. The certainty that “the Lord is truly risen!”, as we sing in the liturgy of this season, says that death is conquered and our deceased confreres repose in peace, and already sharing in the joy promised by Him.  But this situation of emergency has helped us also to rediscover the value of persons and, in particular, the strength, courage and generosity of so many doctors, nurses, voluntary workers… too often not appreciated as they deserve. If, as Jesus reminds us, what counts is charity and solidarity towards the weak, these are above all the ones who have given us a great lesson! It is not just talking, formal words or media exposure that save the world, but the commitment of self, even at the risk of one’s life, for the good of the other.