Centenary of the SSS educational presence in Argentina 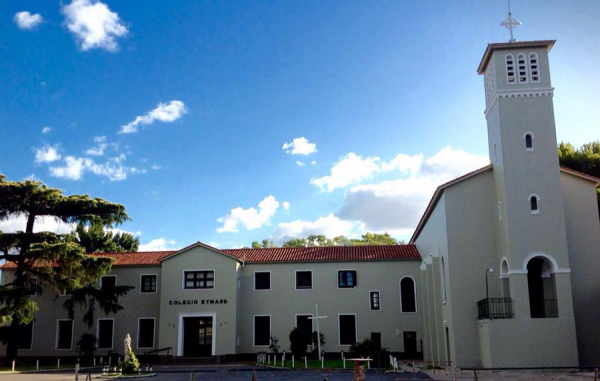 Incredible as it may seem, many members of the Eymardian Charismatic Family might unaware of the existence of uniquely educational works within the Congregation of the Blessed Sacrament. But due to the antiquity of many of these foundations, we can get an idea of what the Congregation has represented, having understood that the Eucharist dialogues very well with the theme of pedagogy.

Twenty years had not passed before the Blessed Sacrament Religious had decided to undertake a continental expansion to the New World and they observed that, as with what was happening in Europe, it was necessary to have suitable places to offer young people the opportunity to be well-formed in the light of the Eucharist according to the specificity of the Eymardian charism.

Although the canonical erection only occurred in 1937, after the definitive separation from the Community of Buenos Aires (relying on available historical records), we consider August 15, 1920, as the actual founding date of the Argentine Cenacle present in the city of General San Martín.

It is worth remembering that during this period, many Blessed Sacrament Religious experienced the sufferings World War I brought to the entire European Continent. At the time, almost half of our Religious were conscripted, even on fronts in opposing countries. The routine of our communities was interrupted, many Religious were wounded, and we mourned the death of 18 of them.

Curiously, a hundred years ago, the Blessed Sacrament Religious knew well what the sacrifices of a pandemic were. They experienced the difficulties of living with the high mortality rate of the Spanish Flu. Even in Buenos Aires, at the moment of buying the General San Martin property, they had to deal with that plague which in the small Argentina of that time killed more than 14 thousand people.

Consequently, the difficulties of facing war and a heavy pandemic did not prevent the Congregation from dreaming and constructing of an educational institution that would serve the poor families of the country. The resolute expansion of the Blessed Sacrament Religious occurred amidst the limitations of the moment but always with an unequivocal decision to expand the Eucharistic borders by reaching out in an organized way to the education of youth. As the Superior General of the time, P. Eugène Couet, said: If the Congregation is to live on, it must have its Juniorate [Juvénat], its Novitiates and its Scholasticates. There are many indications that it is the Lord's Will that all these definitively be organized in the Institute (Evers. Le T. R. P. E. Couet, 45).

The Blessed Sacrament Religious who led the founding group at General San Martín was Fr. Enrique Jausion. He already had experience in working in the educational field in both France and Spain, after living as a refugee in Belgium and also in the Basque Country, he was transferred to Buenos Aires to direct a magazine of national circulation and ended up crowning his life as a Religious opening the then named Jovenado del Santísimo Sacramento. 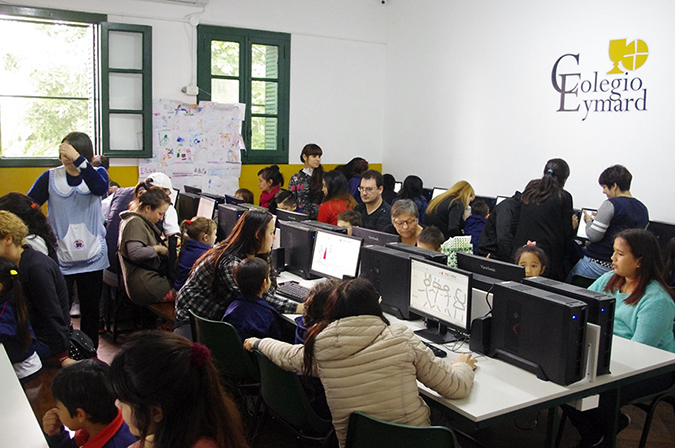 Colegio Eymard (Eymard School), as it is known today, always carried the title of Apostolic School of the Blessed Sacrament, indicating that its mission was to form people who would function in society as Apostles of the Eucharist. In other words, by their formation, our students would spread the values of Fraternity, Prayer and Service on the South of the American Continent because they witnessed in their educational process that this is the formula of life for all who are touched by the Eucharistic flame.

The Colegio Eymard has had various formats throughout the past 100 years - from a Juniorate for all male students to regular co-educational school, from a Novitiate to a center of remote education in this pandemic year. In short, it always had a particular continuity that unified all the moments of its history: the inventiveness of educating youth according to the charisma of San Peter Julian Eymard.

As an Eymardian Charismatic Family, we cannot ignore our educational works at the cost of forgetting the variety and richness of the Eucharistic mission. Perhaps, this centenary serves to remind us of what the last General Chapter discovered: currently our Congregation serves more than 8 thousand students and consequently their families, in addition to having several hundred direct and subsidiary employees. Could it be that now is the time to get to know better this centuries-old Congregational ministry present in so many countries?

Last modified on Friday, 04 September 2020 20:41
Tweet
Published in News
More in this category: « Double Grace - Mystery of the Call Golden Jubilee - Parish of Our Lady of the Blessed Sacrament and the Canadian Martyrs »
back to top