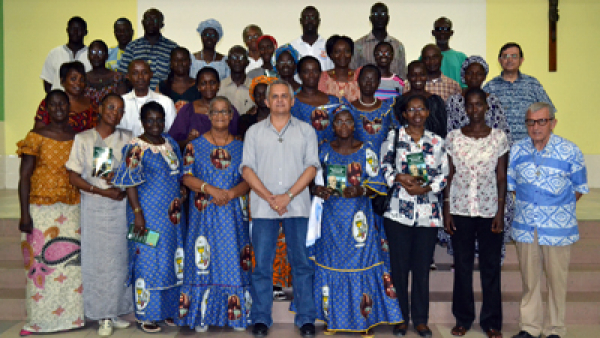 The Second Vatican Council (1962-1965) brought tremendous changes to the Congregation of the Blessed Sacrament. It significantly affected how the community understood the Mass, adoration, and how these two important facets of their mission related to each other. It reshaped the Congregation’s sense of purpose and eventually the way lay people would associate with it. The religious of the Congregation were challenged to rethink the charism of the Founder, Saint Peter Julian Eymard. The renewal period that followed was a tumultuous time, both for the universal Church and the Congregation. There was a rather contentious struggle over the ideas of what it meant to reform and how to interpret the charism of the Founder for modern times.

As we have seen, the primary mission of the Congregation up until the Council was to promote adoration. In rediscovering Father Peter Julian Eymard, it became clear that he called for both “contemplatives and apostles, adorers and firebrands, spreading the Eucharist everywhere to make our Lord known, loved, and adored everywhere” (cf. Retreat of Rome, March 25, 1865). When the new Rule of Life was approved by Rome in 1984, the primary mission of the Congregation was the following:

“Our ideal is to live the mystery of the Eucharist fully and to make known its meaning, so that Christ’s reign may come and the glory of God be revealed to the world” (Rule of Life, 1). The Rule goes on to state that, “Following in the footsteps of Father Eymard, our mission is to respond to the hungers of the human family with the riches of God’s love manifested in the Eucharist. Drawing life from the bread given for the life of the world, we proclaim in the thanksgiving prayer [i.e., the Eucharistic Prayer] the Passover of Christ, and we welcome the Lord Jesus in his Eucharistic presence by a prolonged prayer of adoration and contemplation” (Rule of Life, 3). In other words, what we celebrate at the Eucharist we contemplate in adoration in order to respond to the needs of our world.

For nearly 20 years following the Vatican Council, the members of the Congregation argued and studied, prayed and discerned, seeking to understand the liturgical renewal that was happening. As a Eucharistic community, the task was clear: come to a consensus on what it meant for the mission of the Congregation to make the Eucharist the central focus to its life and mission as the “source and summit of the life of the Church.”

And then there was a shift in the mission of the Province of Saint Ann. At its chapter in 1990, the religious agreed to broaden its focus: to “make the riches of God’s love manifested in the Eucharist in collaboration with the laity.” Two years later, the Life in the Eucharist program was created.