Roman Missal for the Dioceses of Zaire 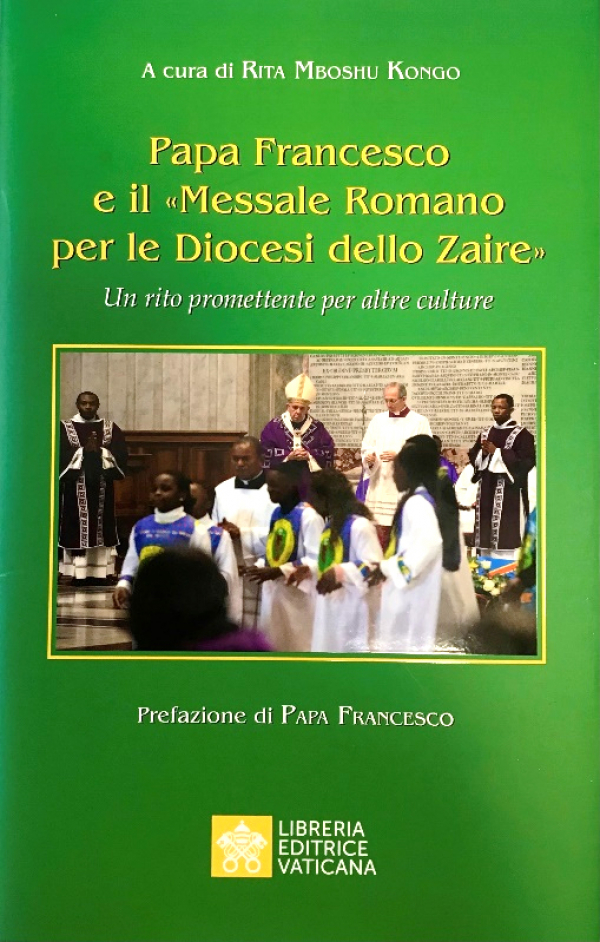 On the first of December 2019, at the Basilica of St. Peter, Pope Francis celebrated a special Mass for Congolese community, at the commemoration of 25th anniversary of Congolese Catholic Chaplaincy in Rome. The Mass was celebrated according to the Zairean Rite used by Dioceses in the Democratic Republic of Congo.

Exactly one year after this special celebration, a significant book was launched on 1 December 2020, with the title Papa Francesco e il “Messale Romano per le Diocesi dello Zaire” - Un rito promettente per altre culture (Pope Francis and the “Roman Missal for the Dioceses of Zaire” - A promising rite for other cultures).

This book is consisted of a significant Preface of Holy Father, Pope Francis, and five chapters or articles from different authors. One of the chapters is written by our religious, Father Olivier Akwel-Mpem Ndondo sss, who is president of the Association of Congolese Religious in Rome. As being informed earlier in the previous SSS International, n° 292, Fr. Olivier at present, is part of the new community responsible for the Parish of Our Lady of the Blessed Sacrament and Canadian Martyrs, in Rome.

This is a very important initiative of Pope Francis who wants the "Roman Missal for the Dioceses of Zaire" (Democratic Republic of Congo) to be well known in the Church, also opening new paths with initiatives of this kind. Holy Father convinces that the liturgy must touch the hearts of local Church and the liturgical inculturation needs to be welcomed as a gift of the Holy Spirit, as he states in the Preface of this book: “This process of liturgical inculturation in Congo is an invitation to value the various gifts of the Holy Spirit, which are treasures for all humanity.”

Last modified on Wednesday, 16 December 2020 10:09
Tweet
Published in News
More in this category: « Colombia: A great light will shine in our life The Story of the Aggregation (continued) »
back to top