Brazil: New Priests for the Province of Our Lady of Guadalupe 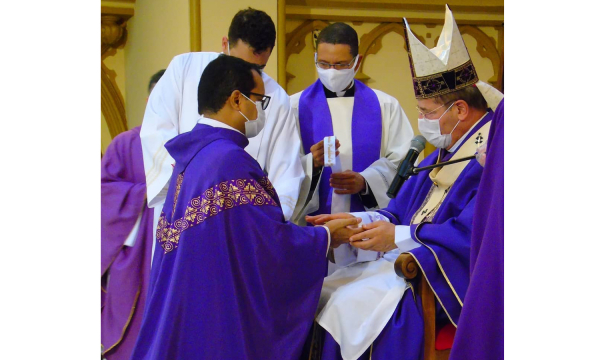 New Priests for the

Province of Our Lady of Guadalupe

With much joy the Province of Our Lady of Guadalupe, comprising the countries of Argentina, Brazil and Chile, shares the news that between December 2020 and February 2021 five new priests were ordained and a sixth, because of the pandemic, has had to postpone his ordination till 17 April.

The Blessed Sacrament religious are:

Fr Willian Fausto Lourenço, ordained a priest on 19 December 2020 by the hands of the Blessed Sacrament bishop, Monsignor Jorge Alves Bezerra sss, in his parish of origin, Our Lady of the Rosary. Father Willian is at present carrying out the Blessed Sacrament mission in the Community of San Martin, in Argentina.

Fr Haroldo Paiva and Fr Eduardo Sales de Lima, received the order of priesthood on 6 February 2021 also from the hands of Monsignor Jorge Alves Bezerra sss. These two newly ordained are from Fortalezza, Ceára, in the northeast of Brazil, from the parish of St Benedict. Father Haroldo was appointed to the parish of St Ana, in Rio de Janeiro; Father Eduardo to the cenacle of pre-novitiate formation in Bel Horizonte-MG.

Fr José Cicero Marques, coming from the State of Alagoas, was ordained on 20 February in the Shrine of Adoration, Our Lady of Buen Viaje, by the Archbishop of Archdiocese of Bel Horizonte, Monsignor Walmor Oliveira de Azevedo. At present he is living in Caratinga MG. 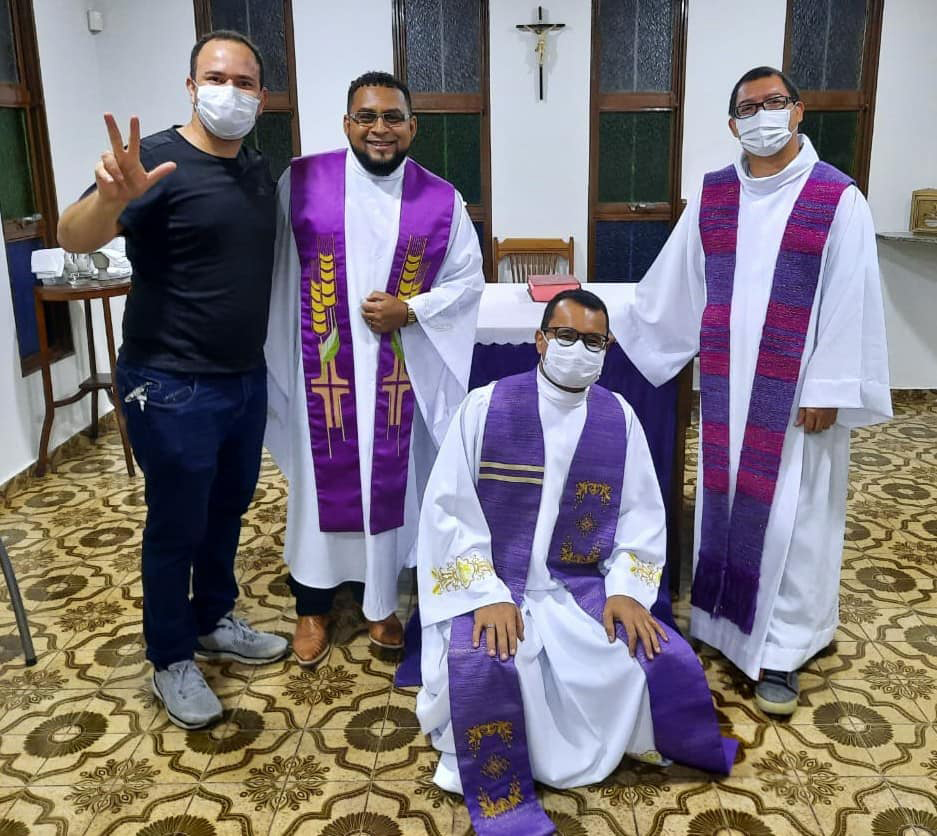 Finally, Fr Joel Fernandes Lopes was ordained in his native city, Japaraiba, Minas Gerais, on 27 February, by the imposition of the hands of Monsignor Jorge Alves Bezerra sss, the bishop of the diocese of Paracatu. Father Joel was appointed to the parish of St Ana, Rio de Janeiro.

The presbyteral ordination of the Deacon José Elissandro Santos de Santana, will be on 17 April in the Shrine of Perpetual Adoration in Rio de Janeiro. He is living in Bel Horizonte and is the formator of the pre-novitiate.

You can rely on our prayers so that your ministry may be fruitful and the eucharistic fire may spread to the four corners of the world.