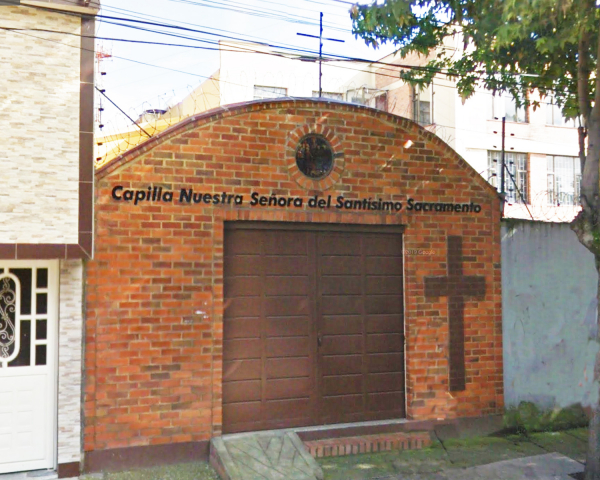 I am Yerson Alexander Cabrera Ramirez, 26 years old. I come from the municipality of Victoria Valle of Cauca, with two older brothers at present living abroad. I was a soldier in the Airforce in the city of Cali. Having finished my technical diploma in hospitality and tourism, I was employed in cattle raising and construction.

I began my vocational path in the Congregation of the Blessed Sacrament, which I found through the vocation ministry page, and I started my vocational process with Father Alexander Espitia, the vocation promoter. We were in contact for six months, working through the points regarding vocation, carrying out this process without haste, but without pause, as the father guided me in discerning while accompanying me.

At present, I am in the house of formation in Bogotá and following studies with the CRC, while being formed within the Congregation, very encouraged and helped by the Lord and his grace to follow my vocation. Thanks and many blessings.

My name is Fidel Zúñiga Muñoz, 33 years old, from the department of Huila, municipality of Isnos, from a village called Belén, which is 45 minutes from the urban area. I belong to the parish of San José. In 2015 I finished high school, and I worked in agriculture, growing coffee and other work in the fields and on some occasions being a driver in public transport.

After some experiences, I began my discernment at the Conciliar Seminary of Garzón Huila, where I was accepted and in which I entered in 2019 when I began the preparatory year, and in 2020 I started the first semester of philosophy. At the beginning of the second semester, the rector of the seminary told me that I could no longer continue with my studies. It was then that a friend spoke to me about the community of the Congregation of the Blessed Sacrament, where I am discerning my vocation. Thank God I have entered the community, where I am now.

Last modified on Wednesday, 31 March 2021 08:35
Tweet
Published in News
More in this category: « Brazil: New Priests for the Province of Our Lady of Guadalupe La Mure: Entering into the year of Saint Joseph with Saint Peter-Julian Eymard »
back to top