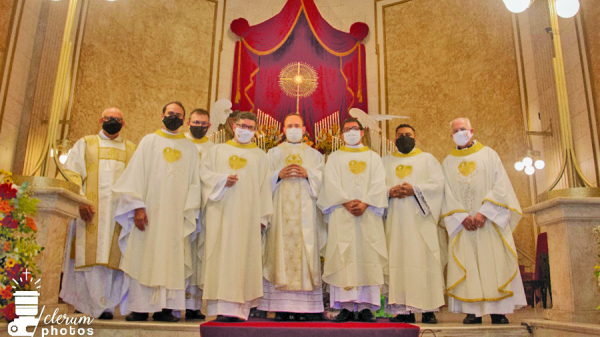 A religious of the Congregation of the Blessed Sacrament, José Elissandro Santos de Santana, sss, was ordained a priest by the consecratory prayer and the laying on of hands of the His Eminence Cardinal Orani Juan Tempesta, O. Cist., Archbishop of the Archdiocese of San Sebastián del Rio de Janeiro, in the archdiocesan shrine of perpetual adoration, the centre church of Santa Ana, on 7 April 2021.

Among the concelebrants were the following: Bishop Edison de Castro and the following priests of the Blessed Sacrament Congregation: Marcelo Carlos da Silva, the Provincial Superior, Jackson Frota, the Provincial Treasurer, José Laudares de Ávila, the parish priest and rector of the shrine, Haroldo Paiva, who was sponsor of the priest’s ordination, and Joel Lopes, (vocation promoter).

The Gospel of Saint John 15,16 took shape and is evident in the life of this Blessed Sacrament religious Fr. José Elissandro Santos de Santana, who always loved the Blessed Sacrament and identified himself with the charism of the Congregation: “Adore and make adored”, based on the pillars of prayer, service and fraternity, following the examples of Jesus Christ and the Founder of the Congregation, Saint Peter Julian Eymard, the Apostle of the Eucharist. 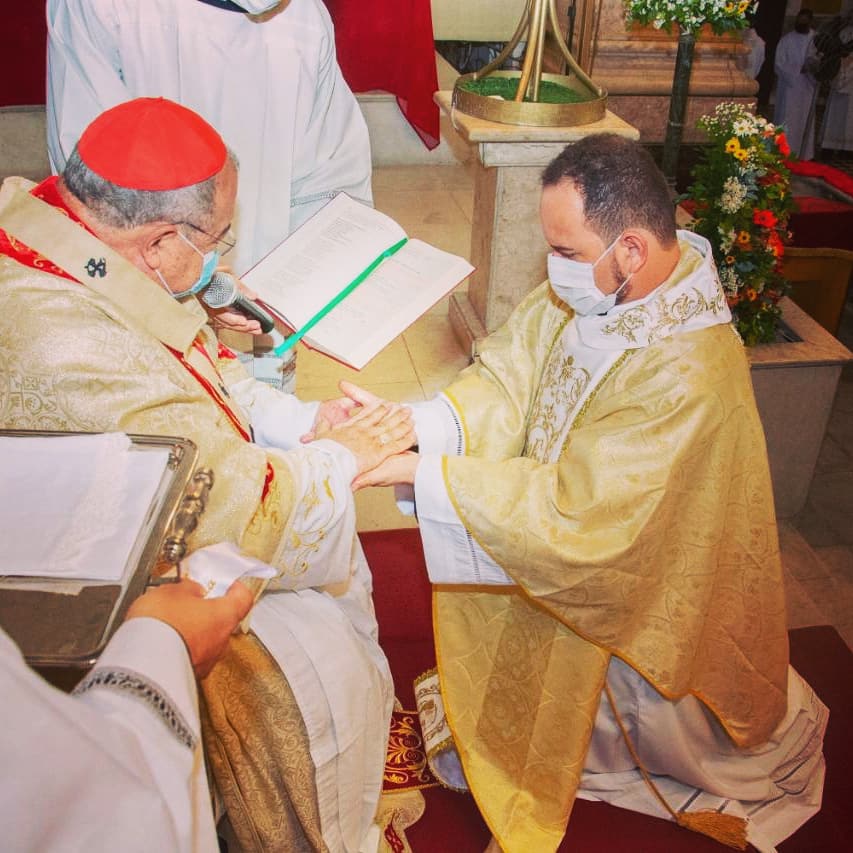 Father Elissandro comes from Oriundo-Maceió, Alagoas state, but when very young he moved and settled in Marechal Deodoro-AL, a historical, touristic and very beautiful territory endowed with cultural and natural wealth, where little by little he took to heart the Lord's persistent call “Come and follow me.” This is how, in 2011, coming to terms with his baptismal grace, after a time of vocational discern-ment, he decided to walk more intimately with God and joined the Congregation of the Blessed Sacrament.

Father José Elissandro has a degree in Tourism from the Federal University of Alagoas and the Federal Institute of Alagoas, Philosophy from the Santo Tomás de Aquino Institute in Belo Horizonte-MG and Theology from the Pontificia Universidad Javeriana, Bogotá-Colombia. He is also a specialist in Strategic Management of People and has followed courses in various areas of Listening, Catechesis and Liturgy.

At present he is working as a formator of the Pre-novitiate in Belo Horizonte-MG, accompanying young people in the process of discernment of pursuing holiness in Religious Life and is a member of the Provincial Council of the Congregation.

We assure the New Priest of our prayer for his ministry to be fruitful!