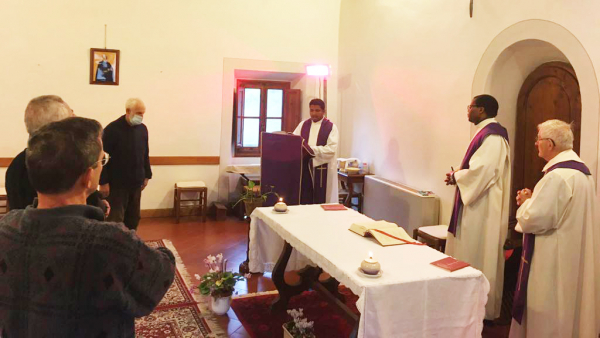 For those who do not know or do not remember, Father Mario Pistolesi was a member of the General Council in the years from 1988 to 1993. Hence, as an expert on the mission of the Council, he was free to suggest the theme. He chose to guide us along the theme: “Do this in memory of Me”.

Following the Evangelist Luke our preacher led us along the road that Jesus passed from the Mount of the Temptations to Jerusalem in the spirit of a pious Israelite (cf. Ps 94:95). From the beginning we had to wear the spiritual habit of a pilgrim who experiences the joy of being invited to go up to Jerusalem. Jesus would have made the retreat to understand what the will of his Father was. Aware of his mission, Jesus took the firm decision to go to Jerusalem. Along the way, we were invited to look at the Master’s way of approaching the most diverse people encountered along his missionary path. We had to pause to consider his delicacy in welcoming and empathizing with his interlocutors.

Nonetheless, the guide led us to contemplate how empathy and compassion were two features of the Son of Man’s mission. He pointed to the emblematic example shown in the journey together with the disciples of Emmaus, and he underlined the pedagogy present in it: Jesus’ patience in the face of their slowness to comprehend the reality, among many other good deeds Jesus carried out

So, what is the meaning of the discipleship of disciples if not that of carrying out his mission according to the last commandment “in memory of Me”? That is, the words "Do this in memory of Me" had become such a strong refrain because it was always combined with an action with geographical and temporal localization that Jesus directed to concrete people. In some way, this retreat suggested various dynamics and dimensions to be kept always together in our personal living, but also in carrying out our mission as a General Council. As vicars of the Master, it is necessary always to have before us that the mission is His. Two important rudders in this undertaking are faith and prayer because He is with us. 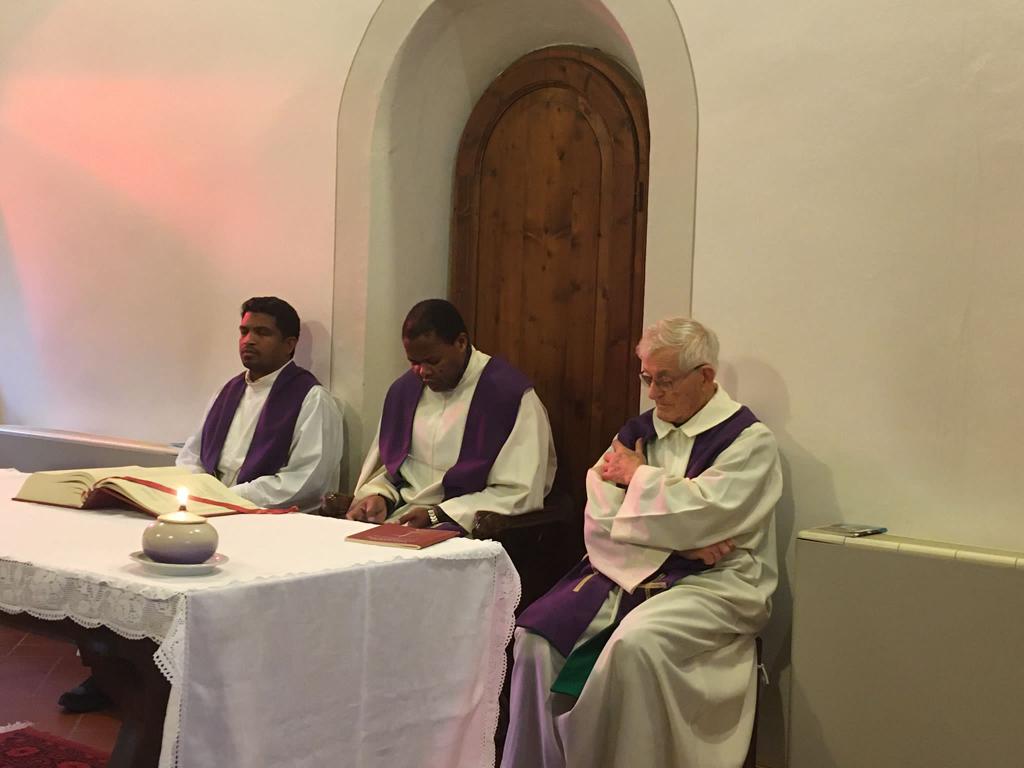 Father Mario Pistolesi has turned 85 and has just celebrated his sixtieth anniversary of priesthood on 8 December 2021. It was pleasantly surprising to see his vitality considering his age. We renew our expressions of gratitude and our eucharistic best wishes for this man of God convinced of his sss vocation. A THOUSAND THANKS! Likewise, gratitude goes to all the members of that community who made us feel welcome by their warm hospitality, brotherhood and generosity. We can say that we have found some of that fire with which Eymard wanted to enkindle the four corners of the world.

Last modified on Friday, 24 December 2021 09:49
Tweet
Published in News
More in this category: « Colombia: the Eucharist from solidarity with the poor Meeting of the European Conference »
back to top