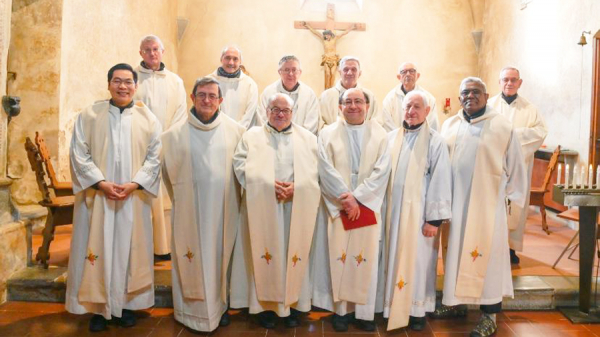 With joy we announce the arrival in Italy of Fr. Bui Van Hong Phuc (Martino) sss, coming from the Vietnam Province, who, after living for a while at the community of Prato, in the next months will be inserted into the community of Bolzano, and who below introduces himself. We personally thank him and his Province for the generosity and collaboration in sharing in our sss mission as a sign of internationality. 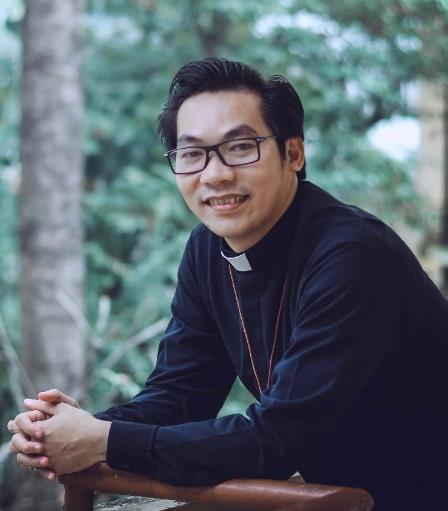 "The Father Provincial Superior and all the fathers always help me. Every morning I attend a school in Florence."

I am Bui Van Hong Phuc, born on 22 October 1984 at Dong Nai, a province close to Saigon, in the south of Vietnam.

When small I was a weak child and had difficulty studying. In my family there are eleven children, among whom I am the tenth and only male. My family is poor, Catholic, nothing special. My dad is a man capable of being a jack of all trades. He is known as a good welder. My mom always worked hard for her husband and her children. Every day she used to go to sell rice vermicelli in the neighbourhood near my house. My sisters also used to sell rice vermicelli, until they got married.

In 2002 a big event in my family happened. My father lost his job and left a large debt. My parents had to sell the house and we returned to live in the countryside. My family passed through a difficult economic period. My parents were unable to afford to send me to an art college - as I desired - so I went to the parish and lived with the parish priest who was my spiritual father. He loved the Eucharist in a special way so he introduced me to a Blessed Sacrament father. From then, my vocational journey began.

I spent 4 years studying in an art college while being a SSS aspirant. After completing the period of the aspirancy I was chosen for three years of formation in the postulancy and novitiate. I made my First profession on 1 August 2009. And then I began studying Philosophy and Theology. While I was still a student in the scholasticate community, I graduated from a short media [communication] course in a pastoral centre in the diocese of Saigon and I also completed the graphic design course.

I was ordained a priest on 24 November 2017 and have worked as a communicator in the Media in the SSS province of Vietnam. Then I continued to study a course about being a press reporter and presenter of film for the HTV television in Vietnam. To carry out the work I learned more about photography.

Last year, the Father Superior told me that the Vietnamese Province had a missionary project in Bolzano in Italy. He asked if I wish to take part in this project. I was afraid and very worried about his suggestion. I had never considered studying and speaking another language, or of working with foreigners. Moreover, my health was not very good: I suffer from headaches every time I work or study in a stressing way. I even passed a bad year because of a chronic inflammatory intestinal illness. I often asked myself why I had been chosen by my superior from among confreres who are more capable of study and have better health than I. After a few days of reflection and prayer, taking the advice of others, I decided to accept my superior’s proposal. There have been so many saints in Italy and I would like to know them to change my life. This is a great possibility for me. I have not thought of being able to do the great things that the saints have done, but I shall begin by the simplest.

After arriving in Italy I was welcomed, happily, as a member of the community by the Blessed Sacrament Fathers at Prato. The Father Provincial Superior and all the fathers always help me. Every morning I attend a school in Florence, every afternoon I meet Father Tonino who guides me and teaches me so many things. They are all kind, joyful and warm. I feel at home here. I am no longer worried nor afraid.  When I experience problems because of the language, culture, mentality… I share them with my brothers and always get useful advice.

Now I have been living in Italy for six months. I have received the Permit of Sojourn, the Health Certificate, Identity Card. Although it is difficult to understand everything and I make so many mistakes, I am able to preside at the eucharistic celebration and give the homily. This is due not only to my efforts, but also to the help of the fathers.

I am still trying every day to improve my Italian. I have also to get use to the environment, the food, culture, mentality… I would like to say thanks to all the fathers at Prato and I hope that in the future I will be able to fulfil the mission that has been entrusted to me.

From the Notiziario n.22, December 2021
Province “Our Lady of the Bl. Sacrament” - SSS Religious in Italy and Spain