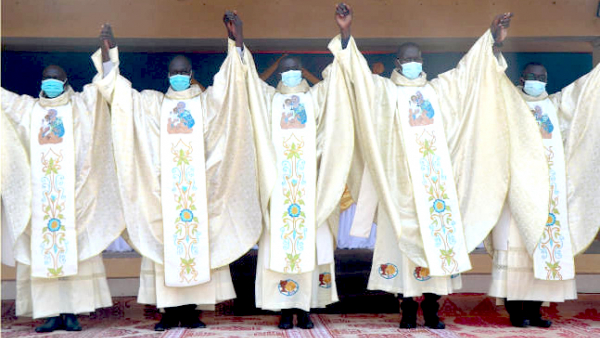 On 20 November 2021 at Popenguine there took place the priestly ordination of six deacons of the archdiocese of Dakar and two religious of the Congregation of the Blessed Sacrament, Fathers, Boniface Wagane Faye et Paul Birame Ndour. They were ordained by his Excellency Mgr Benjamin Ndiaye’s imposition of hands. Present on this occasion likewise was his Excellency Mgr Martin Boucar Tine, a SSS religious and bishop of Kaolack.

The preparatory retreat was held at the Minor Seminary of Saint Joseph of Ngazobil. It was guided by the Abbé Omère Seck, an administrator of the quasi-parish of the Infant Jesus of Prague in the Dakar archdiocese. The time of reflection and profound meditation focused on the theme “The Paternity of the Priest” and the radical commitment required of us before God and the Christian people.

In the morning, the Master of ceremonies of the diocese, namely, the Abbé Pierre Sandi Diouf, invited the ordinands’ parents who would be involved during the liturgy to rehearse their part for a better harmonization. 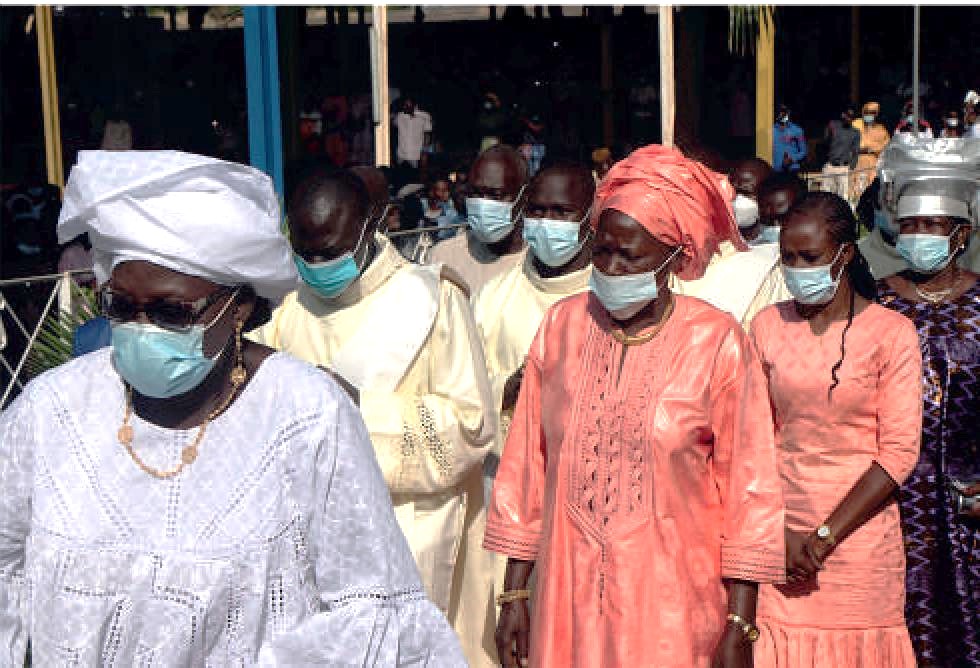 The eucharistic celebration began as arranged at 10 a.m. There were about a hundred priests concelebrating, religious coming from almost everywhere to participate in the celebration. We were also glad to see the Blessed Sacrament confreres around us - signs once again showing our union and our friendship with each other in the same Eucharistic family.

At the end of the celebration, as usual, one of the new priests spoke on his own behalf and that of all the others, expressing gratitude. Prayers and blessings were sought from the newly ordained.

Because of the pandemic, the new SSS priests returned from Dakar to the parish of Saint Peter of Baobabs. There they were warmly welcomed followed by a fraternal meal.

The next day coincided with the WYD. The new priests were asked to preside at the Feast of Christ the King of the Universe and the WYD in the parishes of Saint Joseph of Medina and Saint Peter of Baobabs.