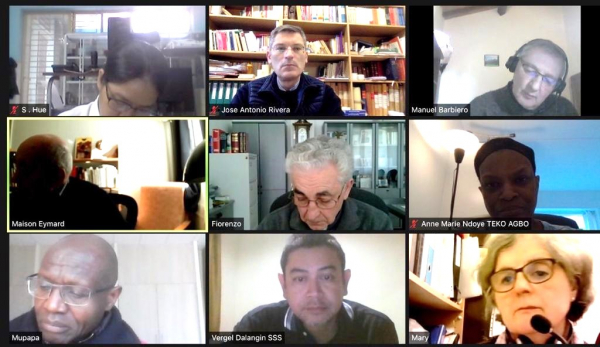 The Commission of Studies on the Founder and his Works (CEFO) because of the pandemic was not able to meet. Thanks to the modern means of communication it carried out a meeting via zoom on Saturday 26 February. All members participated.

The agenda had two main points: an assessment of the work carried out by the CEFO during the years 2017–2022; and a reflection on the perspectives about the CEFO’s work in the coming years.

In response to the requests of the General Council, the CEFO had drawn up a formation path in order to get to know Father Eymard better.

The CEFO had also responded to the request to provide information and proposals about living the time devoted to Adoration, especially for First Formation. 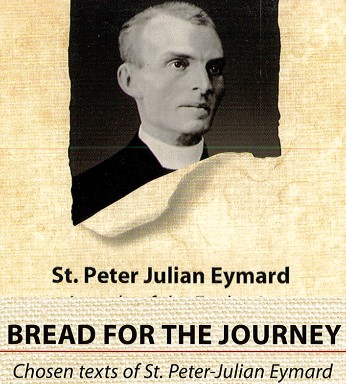 During these years the CEFO has continued the work of publishing selected texts of Father Eymard, in French, Italian and English.

Father Fiorenzo drew attention to the seven titles that have been published in the “Bread for the journey” collection. These books are available in print and also on the website of the Centro Eucaristico (Italy), in e-book form .

Apropos this, several aspects were emphasised..

Father Fiorenzo explained that it was the General Curia which requested the Centro Eucaristico in Italy to print the books, all approaches to several publishing houses having failed. The General House is the depot where all the books are kept and sees to the distribution.

The CEFO has responded to the Eymard family’s request to have Father Eymard’s texts made available in order to learn about his spirituality. It has endeavoured to adapt and present Father Eymard’s thought for today with all the limits that we know. The basic source that should always be consulted is the edition of the Complete Works.

It pertains to all the members of the Eymard family to make known and spread the thought of Father Eymard. The role of the CEFO is at the level of carrying out a work of study.

The CEFO has wished to provide the General Councils and the next General Chapters some paths to foster reflection. Several suggestions were made:

Among the Varia, Father Guitton proposed a work regarding the contribution of Marist editions as a complement to the edition of the Complete Works of Father Eymard. Correspondence received, particularly that from Father Colin, Father Favre, and Father Poupinel, can help to get to know Father Eymard as a Marist better.

On 22 May 2022 Pauline Jaricot will be beatified, Father Guitton has offered to do a piece of research on the relationship of the new Blessed with Father Eymard.

We ended the meeting aware of the work accomplished, some new perspectives opening up.
There is a mission that will have to be entrusted to the new CEFO after the celebration of the General Chapters.

On behalf of the CEFO,
Father Manuel Barbiero, sss

Last modified on Wednesday, 23 March 2022 02:03
Tweet
Published in News
More in this category: « Lent in the light of Eucharistic Spirituality, a path of conversion Fourvière celebrates Saint Peter-Julian Eymard »
back to top