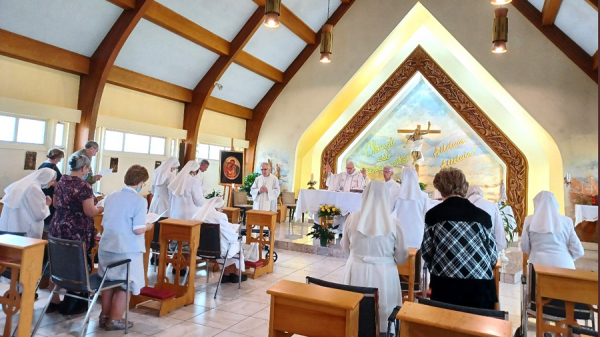 The celebration was held in the chapel of the Foyer of Charity, on the isle of Orleans, with Fr Ghislain Cossette, the provincial superior, as the principal celebrant, and the two jubilarians, Émilien LeBlanc and Loyola Gagné. Sr Christine, who had arranged this feast, was seated in front of her kneeler in the first row.

The remarkable feature in this chapel is that it has two different effigies of the corpus on the large crucifix behind the altar: one crucified corpus for ordinary time and one risen corpus for Eastertide (as can be seen in the photo that shows Jesus’ arms free from the cross). 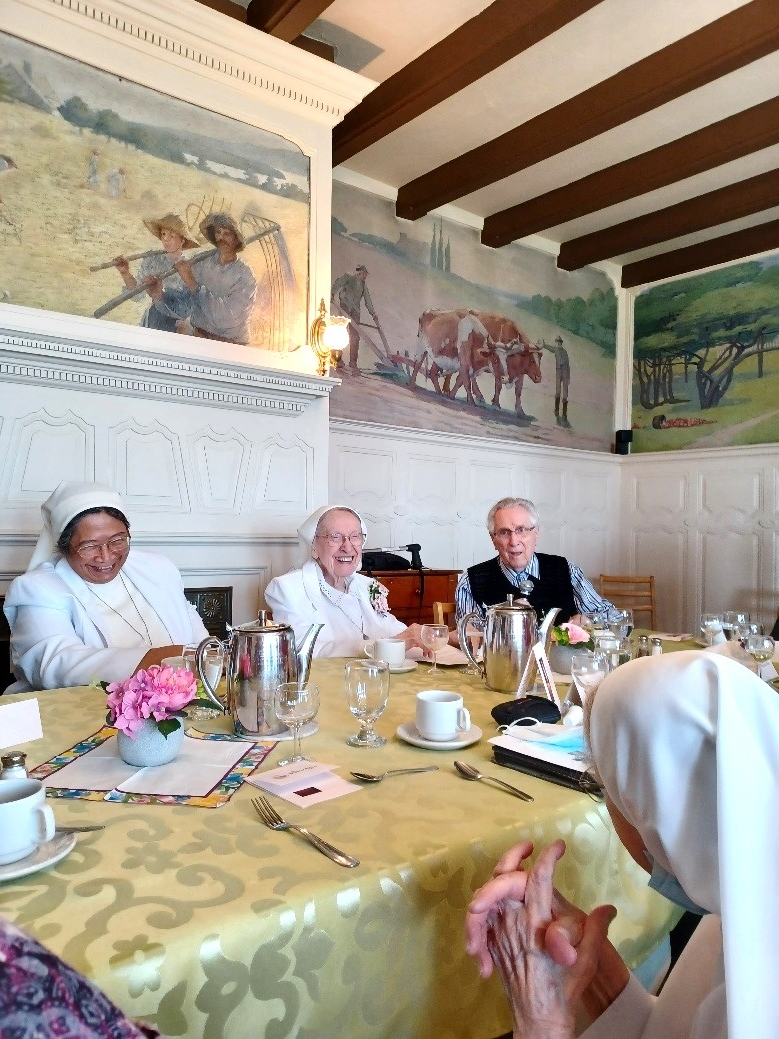 In this photo taken during the festive meal, Fr Loyola is seen holding a microphone while making the speech for the occasion. On his right is Sister Christine, the third jubilarian, with Sister Fe Manalo, the Superior General of the Sister Servants of the Blessed Sacrament from Sherbrooke (Canada). 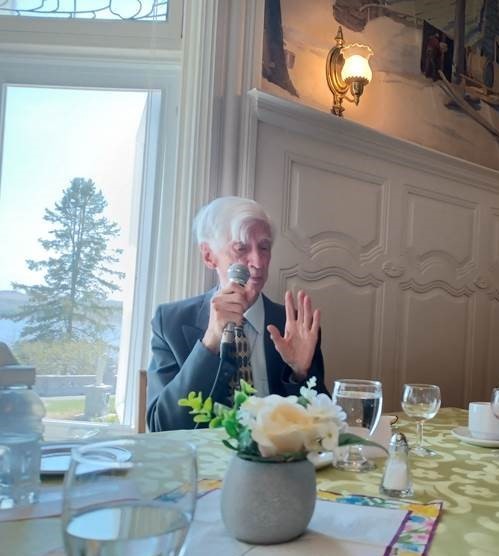