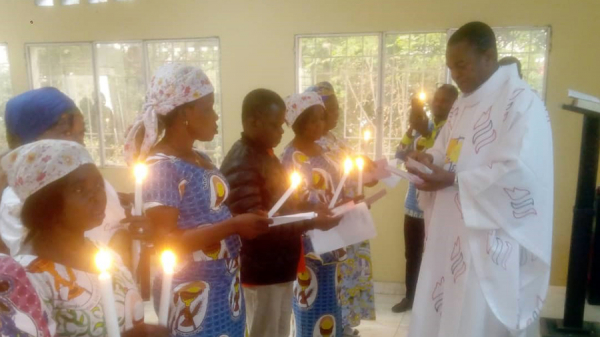 The aggregates of the Blessed Sacrament of the D.R. Congo gathered for the Cenacle 2022 at the SSS Eucharistic Centre of Mont Ngafula from Friday 29 July to Monday 1 August. The following life teams were present: from Kikwit, Martyrs of Uganda, Blessed Sacrament, Holy Trinity, and Blessed Anuarite.

The instructions were led by Father Jean-Willy Mupila, the national chaplain of the Aggregation, on the theme: “The Mass or the Eucharist of Mary”. At the beginning, the chaplain gave an outline of Mary’s contribution to Saint Peter-Julian. Mary accompanied Eymard’s path, from his tender childhood up to the foundation of the Congregation. He emphasised the importance of the shrine of Fourvière where Fr Eymard received a special grace, that of founding the Congregation.

After this overview, he dealt with the first sub-theme: “the Annunciation”.

He explained that in this theme we find the stages of the Mass. The angel’s greeting to Mary corresponds to the rite of welcome at which the priest greets the assembly: “The Lord be with you”. Hence, he insisted on the importance of greeting each other at the beginning of Mass.

Likewise at Mass, the faithful recognize themselves as very small before the greatness of the mystery to be celebrated and ask for forgiveness during the penitential liturgy. After this rite, they listen to the Word of God. The angel communicated God’s message to Mary. Just as Mary was a model of listening to and welcoming the Word of God, during Mass the aggregates will develop an attitude of welcoming and listening to the Word of God.

The chaplain then explained in a parenthesis how it is a matter of disputation about various mountains being the place where God had to build the holy city. Whereas the mountains proudly put themselves forward, the Lord finally chose Zion, a small hill. Mary is this lower mountain chosen by God; she is the daughter of Sion, on whose self-effacing disposition the Lord has looked.

The moment of the epiclesis corresponds to the angel saying to Mary: The Holy Spirit will come upon you and the child will be Holy and called the Son of God. We can say that Mary received the infusion of the Holy Spirit. At Mass the priest says: “sanctify these offering by sending down your Spirit over them, so that they may become for us the Body and Blood of Jesus, Christ our Lord.” It is the Spirit who brings about all sanctification.

The rite of dismissal corresponds to the words ‘the angel left her’. At the end of the Mass the priest says: Ite missa est. Mary left the Mass and went on mission to Elizabeth. She gives us an example about also going on mission to our brethren at Mass. 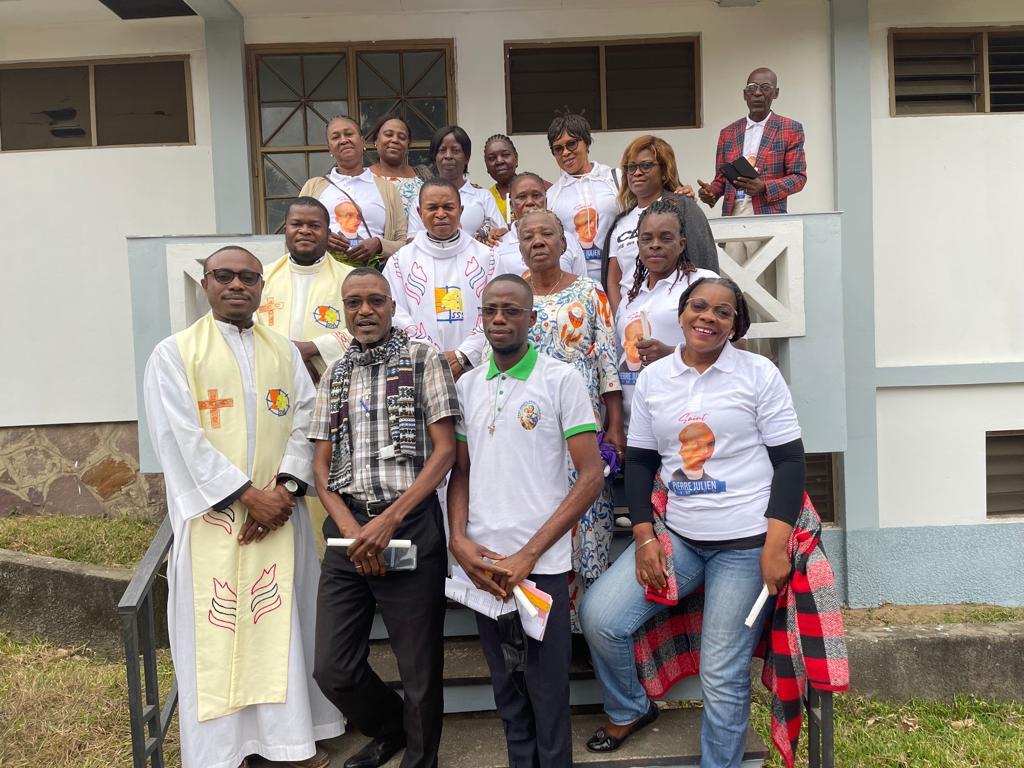 The second sub-theme: The visitation

Mary going on mission to Elizabeth brought God to her. In the mystery of the visitation, Mary is like a tabernacle, holding Jesus in her womb. Her setting out towards Elizabeth is like the first procession of the Eucharist. Her meeting with Elizabeth awakened such joy that the infant John the Baptist leapt in the womb of his mother. Mary communicates the grace received by Elizabeth. Mary’s mission to Elisabeth is also a mission of service. The Eucharist commits us to the service of others, above all to the weak, for Christ is present in the weak. The animator drew on the parable of the Good Samaritan and the narrative of the disciples of Emmaus to illustrate the sense of welcome and mission.

Regarding all that has been said, the aggregates can bear fruit only when they can bring God to others through the Holy Spirit and in showing charity like the good Samaritan. And when welcoming a stranger, we receive God who leaves his blessings. Among a total of 47 aggregates participating in this Cenacle, 10 made their promises during the Mass presided over by Father Provincial, Olivier Ndondo, who invited us to be committed and collaborate.