Pilgrim Walk with the Eymard Centre of Spirituality of La Mure 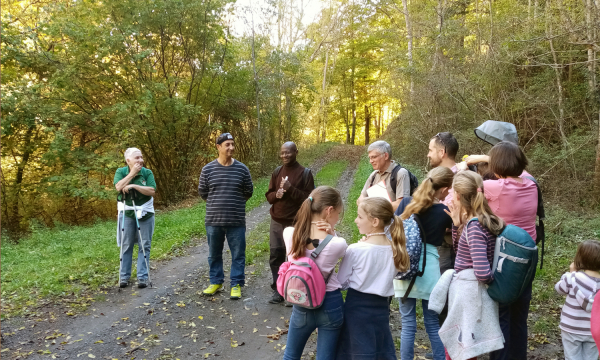 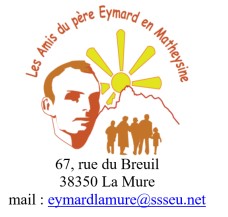 On Saturday, 15 October 2022, a beautiful autumn day, under a magnificent sun, a three-hour pilgrim walk took place, organized by the Eymard Centre of Spirituality. The importance of the earth for Saint Peter-Julian Eymard is well known. In one of his letters to his sisters, he wrote: “My dear sisters, as I return from our retreat at Belley, I am writing to tell you that you still have a brother in this world and he is not so ungrateful as to forget you. On the contrary, his love for you becomes even stronger since it draws its strength from God” (CO 6; OC II,34).

The earth evokes the importance of keeping history in mind. It binds a person to God, to his parents, and to future generations. The earth reminds human beings of their duty of gratitude towards God, who is its Owner, source of all existence, of enduring love for humankind. He is the Author of wellbeing, peace, prosperity, freedom for every person who trusts in Him.

This love of God reminds us of how important it is to maintain a personal relationship with Him and with other people, beneficiaries of the same love. Human beings must imitate this divine action shown towards them and bear witness to it for the benefit of others. This entails stripping oneself of this gift and pouring it out to others for the greater tranquillity, prosperity and peace for all.

The earth is also the place of suffering, of trials. It invites human beings to be patient and generous in tribulations, and to the hope of sharing endless happiness. We should recall all the hardships experienced by Eymard’s large family, of which only three orphans remained: Marie-Anne, Peter-Julian and Annette (adopted), survivors of ten children, the others having died at an early age; the family’s poverty, the cross pertaining to every vocation, which in this case was the priestly life of Peter-Julian, his frail health, his two sisters’ suffering at feeling alone, deprived of the affection of their only brother when he left for religious life.

In the world the suffering of people is evident regarding those adrift from society: orphans, single women having to care for many children, migrants, exiles, the sick without help, persons who are victims of being forced to move, at the fringe of living as continual itinerants because of the atrocities of wars.

Apropos this, here are Eymard’s wishes for New Year in 1841 to his two sisters: “The final answer to everything is that in order to enter into heaven one must suffer much on this earth. What I wish for you, my dear sisters, is the patience of the Gospel and the generosity of a spouse of the Lord. That is what I ask the Blessed Virgin for you, twice a day” (CO 16; OC II,49). This is an invitation to live in divine love, abandonment and total trust in the Lord (cf. CO 327; OC II, 381).

These were the intentions of the pilgrims during this walk. We were twenty-two pilgrims, including 6 children, who started off at the Pont du Prêtre in Valbonnais (20 kilometers from La Mure). After walking for an hour on a forest path, where we were able to know each other better, we stopped at the chapel of Saint Barthélémy in Verneys. There we spent some time in prayer followed by exchanging reflections in small groups on the Gospel of the day (Lk 12:8-12). We tried to understand the meaning of the dense phrase “blasphemy against the Spirit” (Lk 12:10). The Spirit unites the faithful to Christ. To blaspheme against the Spirit means to blaspheme against the foundation of divine love, against salvation. It refers to the refusal to be forgiven. Yet Christ forgives everything (cf. Pope Francis, Homily at Mass on 27 January 2015). We were encouraged to develop our missionary audacity, with the assurance that “the Holy Spirit will teach us at that hour what to say” (Lk 12:12). 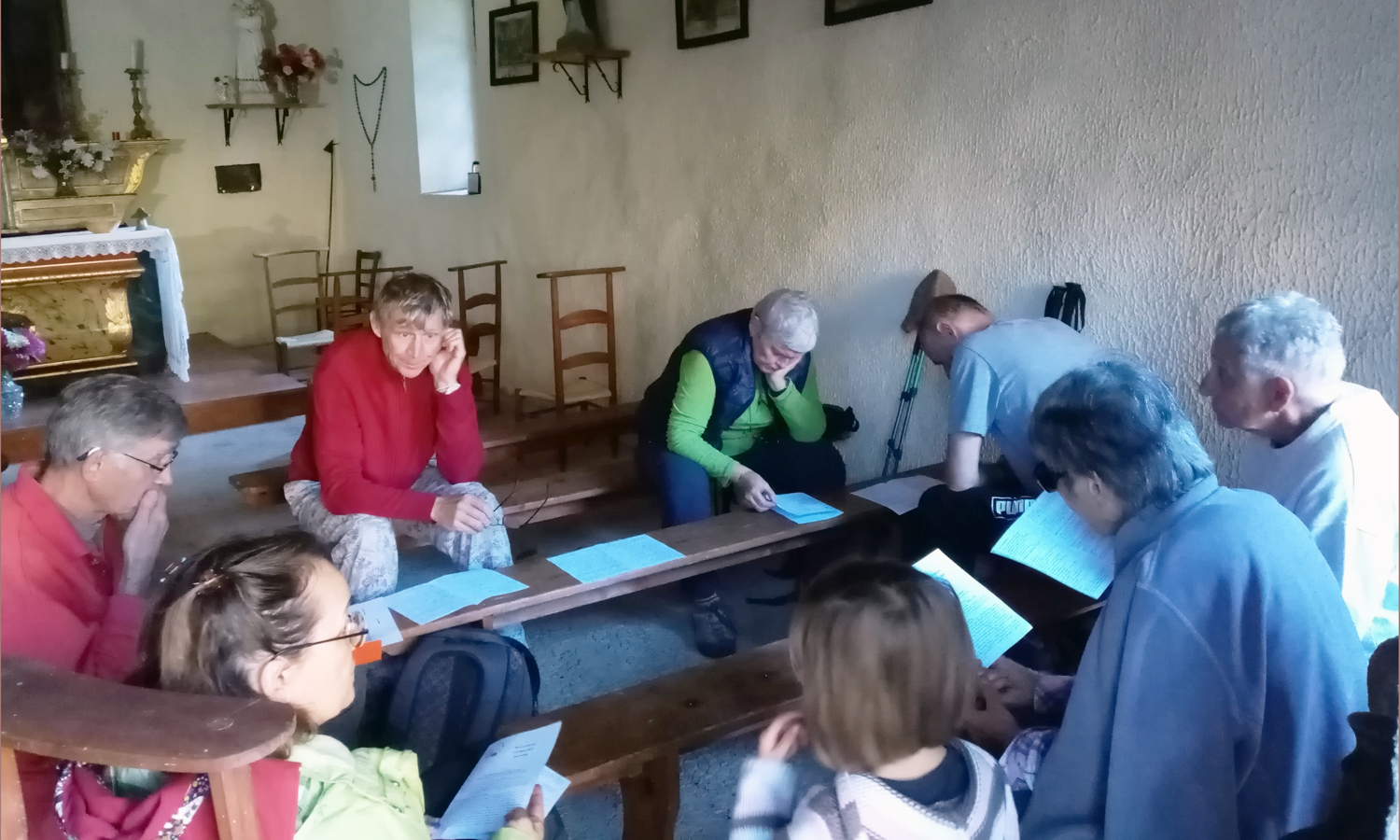 Then, the little group continued its walk to the church of Valbonnais. There we entrusted to the Lord our personal intentions, especially for those who are undergoing trials. We recited Saint Teresa of Avila’s prayer of trust from on 15 October, her liturgical feast day:

“Let nothing trouble you, let nothing frighten you; anything goes. God does not change: patience gets everything; he who possesses God lacks nothing God alone suffices!”

And before leaving, we were invited to meditate on the following words of Saint Peter-Julian Eymard:

“The Holy Spirit is a spirit of truth. The Apostles are its light. Jesus Christ told them: You are the light of the world [Mt 5:14]. And they went to spread this divine light up to the ends of the world, and this apostolic light is still shining in all its splendour: A light that will never go out [Si 24:6 Vulg.]. And this light is the truth that the Apostles are preaching, and this truth is also the faith in Jesus Christ and in his mysteries. And the world believed in the word of the Apostle and even believed in its mysteries. It’s because this evangelical word is powerful: The word of God is living, more effective than a sharpened sword [cf. He 4:12]. It is the word of the Holy Spirit that breaks the cedars of Lebanon, human pride, and slaughters it at its feet.