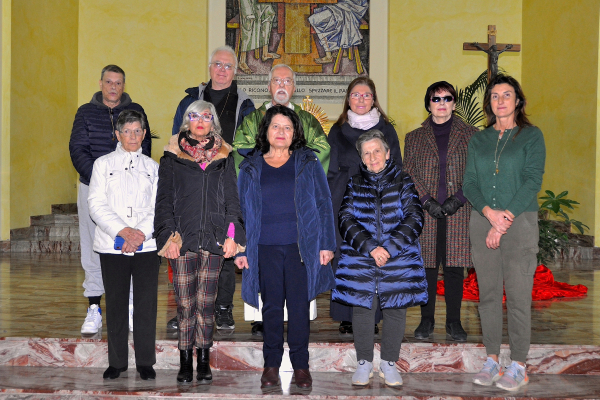 On Sunday, 20 November 2022, the Solemnity of Christ the King, in the Shrine of the Blessed Sacrament Fathers, Father Eugenio Astori presided at the ritual of the “Promises” of nine (9) new members of the Guard of Honour, who were officially welcomed into the Eymardian Family as part of the Aggregation. This event, "forgotten" for many years, deeply moved the Aggregates present, who also experienced a "holy" desire for not having entered the Aggregation in an official way, with a celebration of public welcome, as stated in n. 20 of the Project of Life.

Accompanied by hymns and holding a burning lamp in their hand, the new Aggregates entered in procession to their pew, where the priest welcomed them and invoked the Holy Spirit with them. After a brief commentary on the Word of God and the reading of a few passages from Father Eymard’s writings, the ritual continued. The candidates were called by name, and after the blessing of the insignia and the questions regarding admission, they pronounced the formula of the Promise. 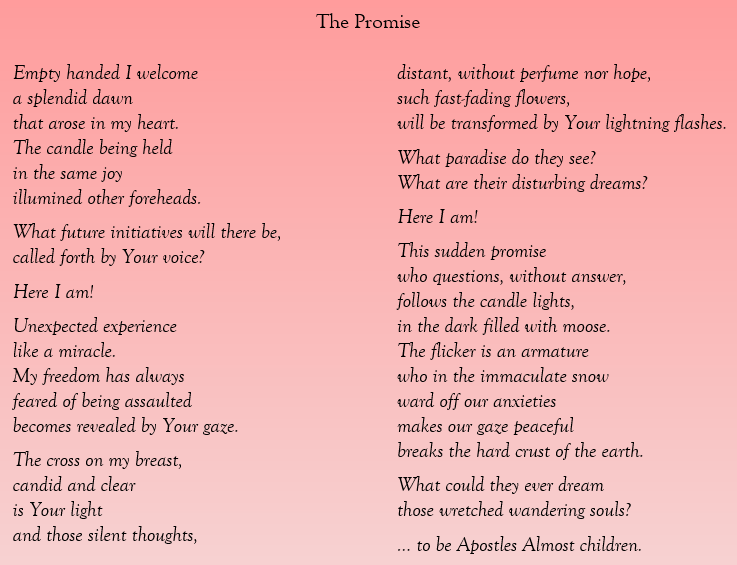 After receiving the emblems and Project of Life, the new candidates went to the altar of the Blessed Virgin, where they consecrated themselves to Jesus in the Blessed Sacrament through Mary and Saint Peter-Julian Eymard, and signed the Register of the Aggregation.

All those present were quite moved. Among the new Aggregates there was also a poetess, Rossella Frollà, who has often expressed in verse her joy and sentiments.

Last modified on Wednesday, 25 January 2023 11:14
Tweet
Published in News
More in this category: « Celebrating 60 years Canonization of Eymard in Vietnam Province of Our Lady of Africa - Ordination to the Priesthood in the Cathedral of St Anne of Thiès »
back to top