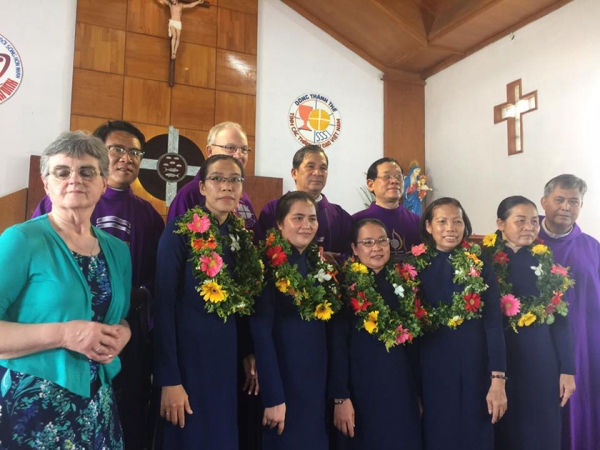 Responding to the call of God, on First Sunday morning of Advent (December 3, 2017) ten sisters of the Servitium Christi, a secular Institute in Vietnam, came together with other sisters of the Institute, with their friends and relatives. They met around the table of fellowship at the small chapel of the SSS Fathers located in the parish of Hai Duong belonging to Xuan Loc diocese, Dong Nai province, Vietnam, to celebrate the Eucharist and pray for the candidates who definitely engaged themselves in a way of life according to Eucharistic Spirituality promoted by Saint Peter Julian Eymard to the service of the Church and God’s people.

Among the ten sisters, there were six candidates for perpetual profession and four candidates for first profession. Father Joseph Phan Ngoc Tro, Provincial Superior of the Province of the Vietnamese Martyrs presided the celebration. Miss Mary Keane came from Dublin, Ireland, as General Directress to witness and to accept the vows of the candidates. Father Norman Pelletier sss, former Superior general of the Blessed Sacrament Congregation and Father Anthony Schueller sss, Provincial Superior of the Province of Saint Ann, from New York and Cleveland, were concelebrants together with other SSS Fathers and some diocesan priests. 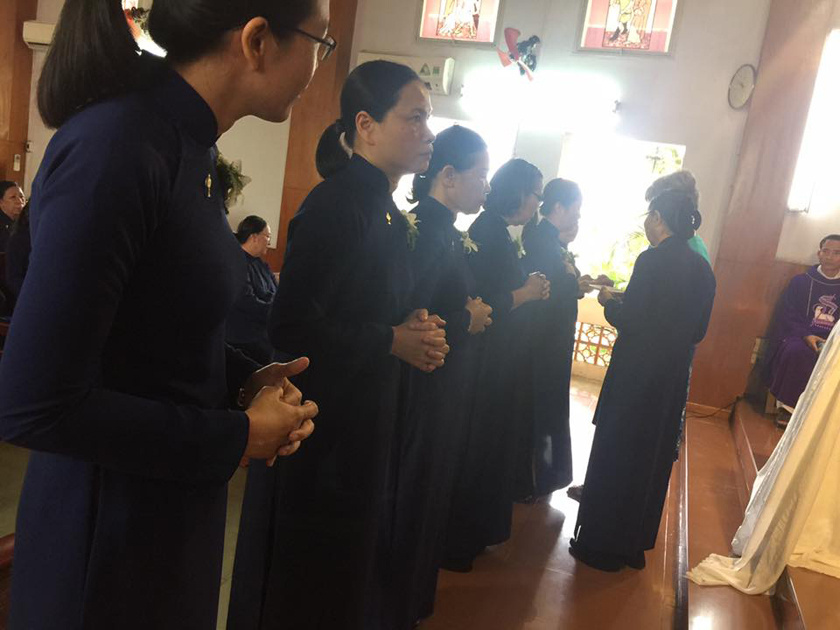 Servitium Christi was founded on January 6th 1952 by Father Godfried Spiekman; as Superior General of the Blessed Sacrament Congregation, he wanted to carry out the will of Father Eymard to have a secular institute to share in Eucharistic Spirituality and mission for lay people. Miss Ton Golsteijn and Miss Han Bollen were subsequently the first two General Directresses. Since the foundation in Netherlands, then the Institute spread throughout various corner of the world with its members developing in Holland, Belgium, Germany, Austria, Italy, Czech Republic, Great Britain, Ireland, USA, Australia, Brazil, Chile, Philippines and especially in Vietnam. Total number of the members in the Institute is 140, in which 60 members are Vietnamese.

The Institute rooted in Vietnam in 1997. Among 60 members, they have 19 perpetual professed, 15 temporary professed, some novices, postulants and aspirants. The Institute in Vietnam is divided into two centers, Saigon Center and Dong Nai Center. Majority of the members earn their living by taking care of kindergartens. For carrying out their mission in various parishes and dioceses, the members of the Institute involve in and commit themselves in the areas of education, social charity, some activities at parish church such as giving catechism sessions for children and adult preparing for first communion, pre-canna, and service of the sacristy and altars of the parishes churches, choir conducting. 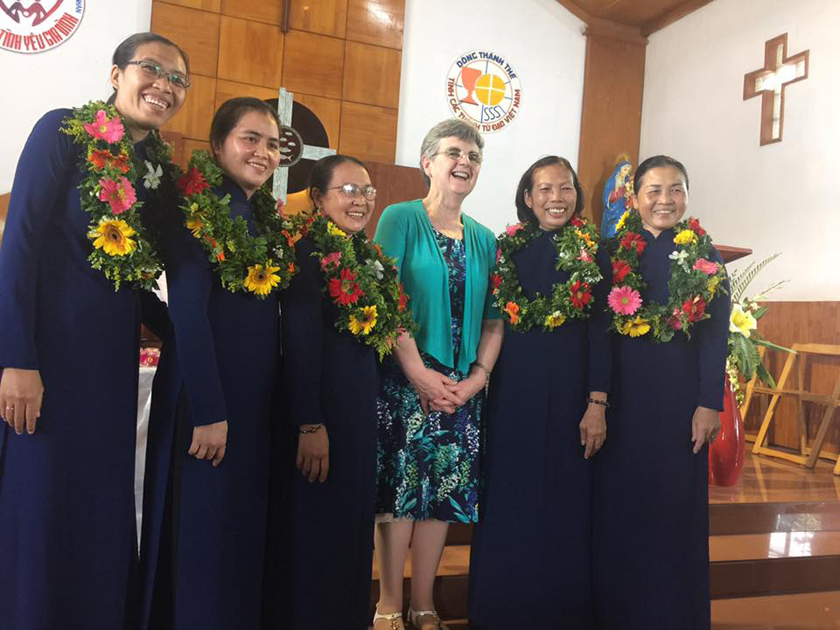