Towards a Eucharist of broad scope 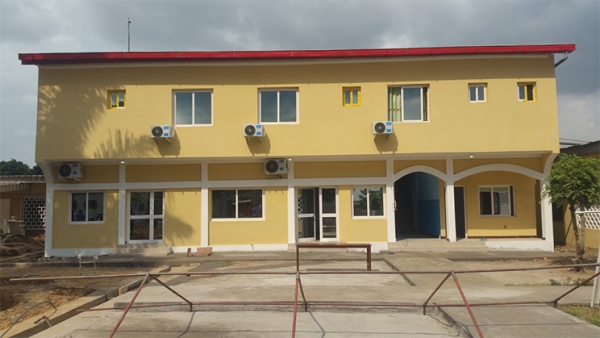 Provincial or Regional seminars, colloquies, and Chapters have been multiplied during these recent years in order to impel a new impetus of deploying the Eucharistic Mission in the overall field of Pastoral work. Everywhere in the world, throughout more than the 28 countries where the Congregation of the Blessed Sacrament has deeply taken root, we rejoice with gratitude for a real implanting of the Eucharistic Movement in the same perspective of St Peter-Julian Eymard, the Founder of the Congregation.

The internationality of the Eucharistic Mission rightly tends to affirm, consolidate in the bonds of fraternity among the religious who are disciples of Eymard (wherever they are) and to strengthen, at the same time the pastoral strategies, before ardently struggling to set up effectively structures of ongoing renewal or experimentation of all that is linked to the celebration, adoration, life and witness to the Eucharist.

In line with this, the Cardinal Emile Biayenda Region of Congo-Brazzaville, gathering together the religious and aggregates of the Blessed Sacrament, was given a jewel, a building R+1, all sparkling new to serve and to house spiritual renewal about the Eucharist and a suitable environment of meditation, retreat or repose in view of being refreshed with new energies in seeking God.

The inaugural ceremony of the Eucharistic Centre called “The Cenacle” (recalling the Lord’s Last Supper with his disciples in the course of which he instituted the Eucharist) took place at the Blessed Sacrament community of Kinsoundi-Barrage at 4 p.m. on February 6, 2018, presided by Mgr Anatole Milandou, the Metropolitan Archbishop of Brazzaville. Beside him there were two important guests from the General House in Rome, Fathers Martin Boukar Tine, the Vicar General, Consultor for Africa, and Philip Benzy Romician, the General Treasurer of the Congregation, who had come to take part in the Regional Chapter of the Cardinal Emile Biayenda Region, which was to begin on the next day. Many persons were invited to take part in this ceremony: about fifty religious and sisters, members of the Aggregation of the Blessed Sacrament, parishioners from Blessed Sacrament parishes and others from the Archdiocese of Brazzaville.

There was only one address on the agenda, that of Father Brel Daouda Malela, the Regional Superior, who helped all to understand clearly the place and the role of this new building in the heart of the Eucharistic Mission. He carefully took time to explain among other significant matters the following: “We are glad that a building such as this is set up to give people desiring to come here to relax, to experience the desert in a context adapted to today’s realities, in keeping with the alarming economic situation. The Cenacle is going to awaken us to a Christian awareness of the Eucharist that is celebrated, adored, lived and witnessed to in order to live a particular experience of a God who gives himself out of love as spiritual food and drink.”

He went on to point out that the financing of this building was entirely borne by the St Jean-Baptiste Province of Canada: “Looking at this modern building our thoughts go directly to our confreres of Canada, those of the St Jean-Baptiste Province who funded the entire costs of study and construction on various levels. May they find in my simple words the deep and deserved gratitude for the Eucharistic Mission in the Congo.”

A beautiful ceremony took place, rich in various shades of emotions, aroused both by the prayer of blessing of the Archbishop, the guided tour of the building and ample refreshments provided for all the guests. Then deafening acclamations and applause followed to celebrate this precious gift to the Church of the Congo, Brazzaville, made possible precisely through the Congregation of the Blessed Sacrament. The Archbishop spoke of “a devotional renewal for the Eucharist for a sincere commitment in the Church and the beautiful present from the Canadian Fathers on Congolese soil.” Here is exactly what Father Eymard proposed, from the first hours of the foundation to the Archbishop of Paris and to the “pious ladies” who came from Lyons to join in the celebration of the Mystery of Jesus in the Host: “A Eucharist for all, available to everyone” – words that today are translated as “A Eucharist of broad scope.”

It should be underlined that this centre will host from July to October 2018, the 15 Blessed Sacrament religious of the African Conference (Dem. Rep. Congo, Mozambique, Uganda, Senegal and Congo Brazzaville) to prepare for their perpetual vows in the Congregation.