A New General Consultor is Elected 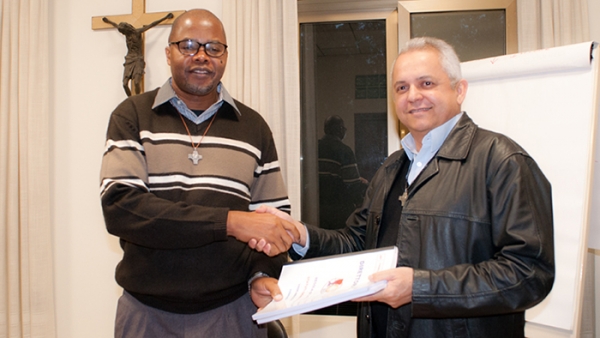 The General Council has elected Fr. Agostinho Castigo Maholele sss on October 13, 2018, as substitute general consultor in accord with the favorable majority of the members of the Amplified General Council following the appointment of Fr. Martin Tine sss as bishop of the Diocese of Kaolack, Senegal, on July 25, 2018.

Fr. Agostinho is from the Province of Saint Peter Julian Eymard (France-Switzerland-Belgium-Germany-Holland-Mozambique). He was born on January 12, 1969, in Magude, Mozambique. In 1996 he joined the congregation and made his novitiate in Noviciat International “Le Cenacle”  in Thies, Senegal. He continued his formation years in Seminario Medio Cristo Rei  in Matola (1991-1992), his philosophical studies in Seminario Major de San Agostinho  in Matola (1993-1995), and his theological studies in Théologat St Eugène de Mazenod  in Kinshasa (1997-2001). He made his profession of perpetual vows on April 28, 2002, and was ordained priest on September 29 of the same year.

He was engaged in various pastoral assignments: as director of aspirants (2002-2004), as parochial vicar (2002-2006), and as director of the Foyer in Maputo (2003-2006). He earned his licentiate in Psychology for Religious Life at the Pontifical Gregorian University in Rome from 2007 to 2011. On his return, he was tasked to make the accompaniment and animation of the International Preparation for Perpetual Profession (IP4) in 2012 in France and Brazzaville. In 2014, he earned his Master's degree in Psyco Intervention in Mental Health at Universidade Eduardo Mondlane  Faculty of Medicine in Maputo.

He was one of the invited capitulars during the 35th General Chapter in Mundelein, Chicago, the U.S.A. in June 2017. In May 2018, he was elected secretary of the SSS African Conference. More to it, Fr. Agostinho is a polyglot. He speaks Portuguese, Italian, French and English.

We wish and pray for God’s blessings on Fr. Agostinho as he starts his new role in the congregation. 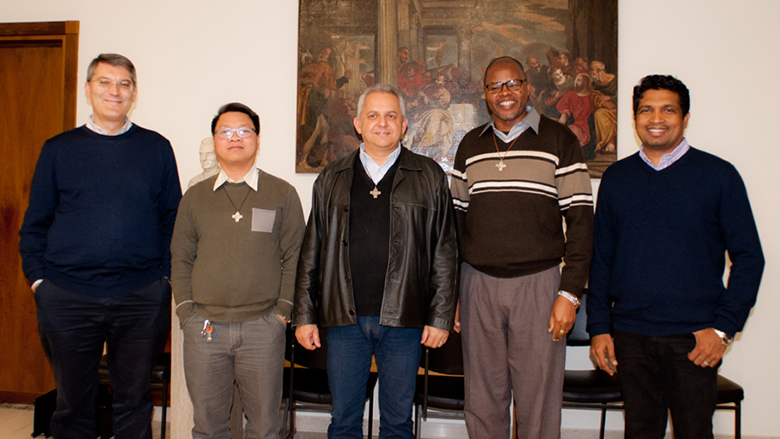 Last modified on Wednesday, 07 November 2018 21:01
Tweet
Published in News
More in this category: « Province of Saint Ann celebrates its provincial chapter Arrival of Filipino Priests in Spain »
back to top