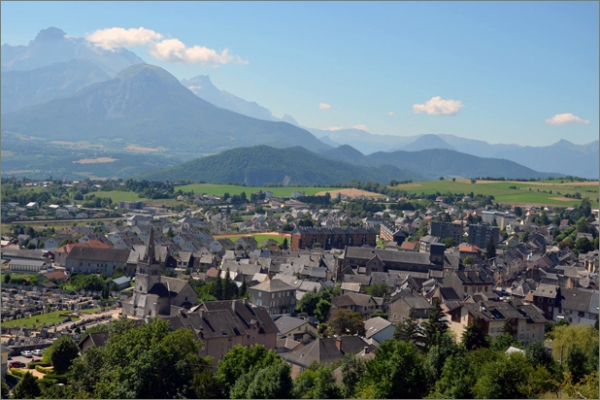 Recently Father Norman Pelletier SSS, superior of our New York City Community, was asked by our superiors in Rome to take on a new ministry for three years. He has been named the Director of the Eymard Center in La Mure d’Isère, France, the birthplace and place of death of our Founder, Saint Peter Julian Eymard.

After a seven-hour flight to Brussels from Newark and a one and a half hour hop to Lyons’ international airport, I arrived for my new assignment. At the airport, I was met by Father Manuel Barbiero SSS (the present Director of the Saint Eymard Center whom I am to succeed) and driven to the small town of La Mure in the foothills of the French Alps along the Napoleonic highway heading south towards Italy. I will be heading a team of four SSS priests, two of whom are responsible for the Saint Peter Julian Eymard parish that comprises forty-four “clochers” (French for belfries, and a clever way to identify the forty-four churches and chapels). Though we are all involved, in different capacities, in the life of the parish two of us attend to the Eymard Center as our pastoral priority. All of us, however, attend the parish council meetings. 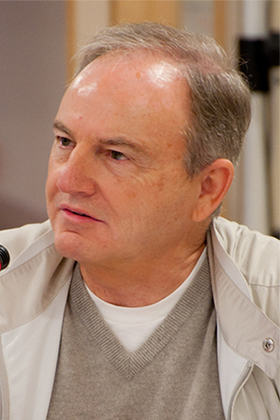 Here is a quick overview of what I have encountered during my first two weeks observing the workings of the Church in France, and in this parish in particular. The first two days I was introduced to a small team of lay funeral ministers, men, and women. Most funerals are simply observed at a funeral parlor or in church but often without a Mass. Because of the frequency of funerals and the unavailability of the clergy to be present, these lay ministers render an important service to the faithful. I was introduced at the October meeting of the parish council with mixed feelings about attending the next one. The meeting began at 8:30 with morning prayer and ended at noon!

I also attended a meeting at the Office of Tourism. The entire country will be observing a celebration of renowned “Shrine Cities of France.” Seventeen have been selected. The objective is to call attention to these shrines with the twofold purpose of both promoting tourism (the secular angle) and encouraging pilgrimages (Church interest). It will be observed on what is called the “25th hour” which falls on October 27. On that day the time (clocks) is officially changed to winter time. On that day at 8:25 PM, the church bells of the participating shrines throughout the country, will be rung. We will be participating in collaboration with the Shrine of Our Lady of La Salette, down the road apiece. This shrine is very much up the road (mountain). We will welcome participants to Saint Eymard Chapel and to the newly renovated Eymard exhibition. A few days ago a group of Dutch pilgrims was here on pilgrimage to visit the Eymard chapel and house.

By way of an opportune introduction to the Church in France and the diocese of Grenoble in particular, I attended a two-day gathering of the priests of the diocese. I was told that a little less than half, about 60 priests, were present of various ages and attired some in clerical shirts, one in a cassock, and most of the others in jeans and polo and sweatshirts. At the closing Mass, a young man led the assembly in song wearing a hoodie with the letters ESM imprinted on the back. After Mass, I asked him what those letters represented to which he replied, Emmanuel School of Mission. The group is international and exists mostly in France and Germany. Their formation is done together in Rome and English is their official language. Upon returning from our two-day in-service away, we were greeted with the news that there were seven funerals already scheduled this week and it was still only Tuesday.

On Saturday evening there was an impressive brass concert at the church, and on the day all four of us were invited to dinner, which is always at noon, at a long-time parishioners’ home. We were introduced to a delicious aperitif, a 12-year-old homemade plum liqueur, served with a flavorful quail liver paté. To my delight and sheer joy, the main dish happened to be one of my favorites, pork loin accompanied by scalloped potatoes. After tasting a delicious plum tart and a very strong cup of coffee, the drive home was just in time for a quick siesta (petit repos, in French) with no sirens to be heard. The silence was deafening. I knew that I was no longer in Manhattan.

By Fr. Norman B. Pelletier, sss

Last modified on Tuesday, 12 February 2019 11:15
Tweet
Published in News
More in this category: « The Aggregation of the Blessed Sacrament of Turin going ahead Farewell speech »
back to top