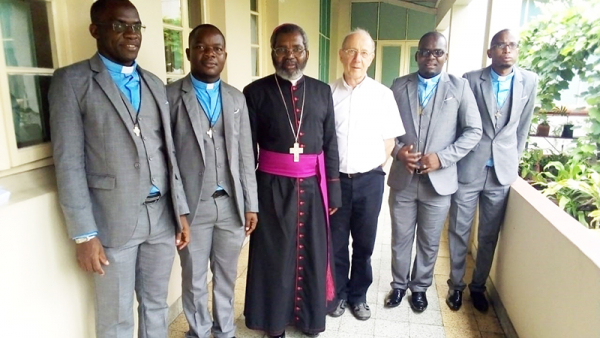 On 8 December 2019 at the cathedral of Maputo four SSS religious were ordained by the imposition of hands of His Excellency Dom Francisco Chimoio, the metropolitan archbishop of the archdiocese of Maputo in Mozambique. These newly ordained were Fathers César da Cruz José, Félix Florindo Tupasso, Manuel Ernesto Sitoe, and Vasco Dinis Sitoe. 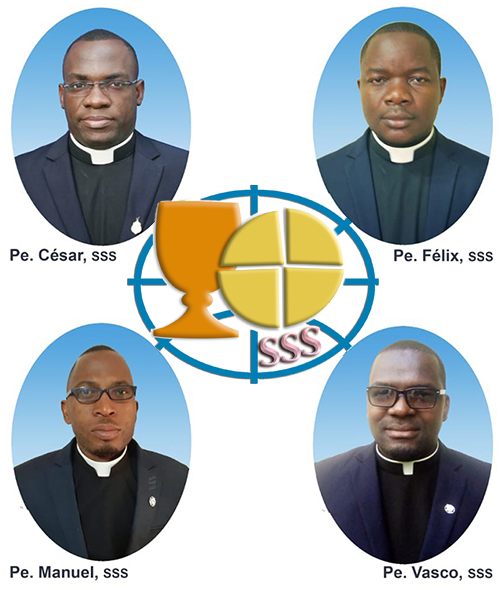 These young men had begun their religious formation as follows: in 2007 for Fathers César and Félix, and in 2008 for Fathers Manuel and Vasco. Their religious course had begun by 6 years of formation in Mozambique, then 2 years at the Interafrican Novitiate ‘Le Cénacle’ in Senegal. After their first profession in 2014/2015, they undertook their studies of theology at the Catholic University of the Congo at Kinshasa (Dem. Rep. of Congo), at the end of which they followed the 3-month Programme of Preparation for Perpetual Vows (P4) at Congo-Brazzaville. They then pronounced their perpetual vows on 1 June 2019 in the parish of Santa Ana da Munhuana, and received ordination as deacons on 2 June 2019 in the parish of Saint Joachim in Maputo. 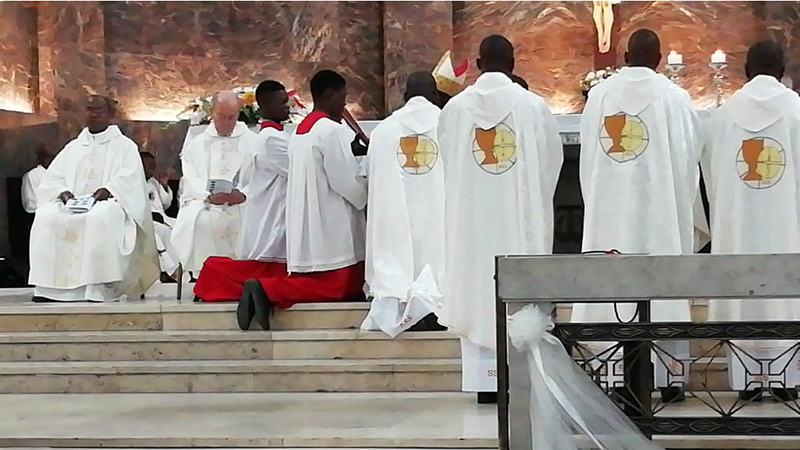 Greetings to all the confrères in the world. Many thanks for having prayed for us. May God bestow on you his blessings. All for the glory of God!

Last modified on Wednesday, 05 February 2020 11:03
Tweet
Published in News
More in this category: « 2019 Assembly of the African Conference in Brazzaville Youngling and Mingling 2019 - Gathering of all the candidates in the Indian Province »
back to top