The Gift of self in an eymardian perspective 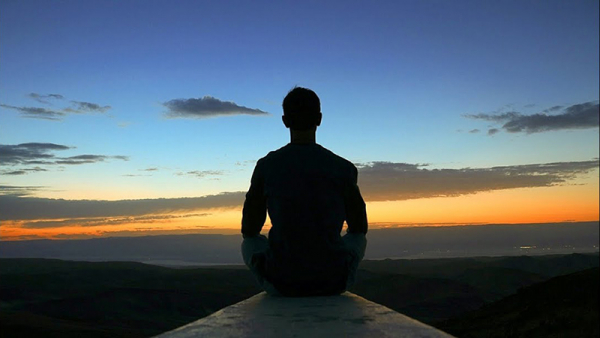 We can’t in any way speak of the Gift of self in St Peter-Julian Eymard without mentioning the Great Retreat of Rome, because it is there that this theme reaches its culminating point. Why then the adjective “Great”? What is the context in which this retreat is set or rather why?

This retreat is situated in the very difficult context of negotiations carried out to found a community in Jerusalem, possibly at the Cenacle itself.

In fact, since Father de Cuers’ two journeys to Jerusalem in 1864 had been unsuccessful, Father Eymard considered it an obligation to go to Rome to follow up on the situation and employ all his resources to realise his project. He took into account the considerable difficulties to ensure success. Likewise, he was aware of the situation being almost without an outcome in which he found himself, but he didn’t give up nor lose hope.

During this time of anxiously waiting, he lodged at the Villa Caserta with the Redemptorists to make a retreat. He realized that the struggle to be waged was more interior. In his notes, he left us concern to centre his life on the Eucharist, his desire for an ever more complete gift of himself which, moreover, would find its completion in the grace of March 21 when amazed, taken aback, overwhelmed by the love of God manifested in Jesus in the Eucharist, he responded to this love by making the gift of his personality a Vow. It is then that a new path opens in his life and his apostolate: that of the Gift of Self. How did he get there? Where does this conviction come from? Certainly, it was after discovering a model par excellence of self-giving: Jesus Christ.

Jesus Christ is par excellence the model of self-giving, we continue to assert energetically. As an avid reader of Pauline writings, Peter-Julian Eymard found in this Apostle the one who followed in the footsteps of Christ and personally had experienced God’s love. He came to the perfection of our Lord Jesus by the love of the cross. God knocked him down, flattened on the road to Damascus and asked him for great sacrifices. Paul granted everything to the Lord to such an extent that he would never stop repeating this saying: “Dilexit me et tradidit semetipsum pro me”: He loved me and gave himself up for me (Gal 2:20).

21 March 1865 marks a great interior turning point in the life of our holy Founder. He wrote: “I made the perpetual vow of my personality to our Lord Jesus Christ through the hands of the Blessed Virgin Mary and Saint Joseph, under the patronage of Saint Benedict: nothing for me and anyone, and asking for the essential grace, nothing by me”. As if to say: “Everything through him, with him and in him.”. (cf. NR 44,199)

By making this vow, what he was now looking for was to be essentially identified with the Lord who wants to give himself to him, who asks to find a place in him, deep within himself. There is the aspect of “emptying oneself” in order to be filled with the other who is Christ, in order to be enabled to say following the Apostle of the Gentiles: “I live, it is no longer I, but it is Christ who lives in me”(Gal 2:20).

How did he intend to live this heavy resolution? He himself expressed this: “I must be annihilated in all my own desires, in all my own interests and have only those of Jesus Christ who is in me in order to live there for his father” (NR 44,199). And Christ coming in Holy Communion has only that purpose: “To be in me” to purify all my desires, enlighten my thoughts and lead my actions. It is a realization of what is in John 6:57: “As the Father who is alive sent me and I live by him, so whoever eats me will also live by me”.

The gift of self, the gift of one's personality, was for Saint Peter-Julian Eymard an effort of self-denial, a renunciation not only of what one has but even more of what one is. It's about being entirely to Jesus what he is to his father. And what Jesus prefers for his own:

As for us, Apostles and Disciples of the Eucharist, we have to give ourselves to the service, to the glory and to the love of our Lord Jesus Christ to the Most Holy Sacrament by faith, the gift of our life and total dedication. Anyone who understands this thought better, says our Holy Founder, begins a new path in piety, not in itself, because whoever knows our Lord Jesus knows that he must be perfect, he must be absorbed in him, not by words, but in practice. We are therefore called to be human shadows for others, we must become living Eucharists of which the Blessed Sacrament is the focus. Through the gift of personality, our whole person is exchanged with Jesus Christ: the heart, the spirit, the will, the body, desire, in short, our whole being. It is a question of living for Christ, of being all his, through him, in him and with him in order to realise this Pauline conviction: “I live, it is no longer I, it is Christ who lives in me”.

Tweet
Published in News
More in this category: « Inauguration of the new Provincialate A Different Way of Looking at Viruses »
back to top