History of the SSS Community of Cali Colombia 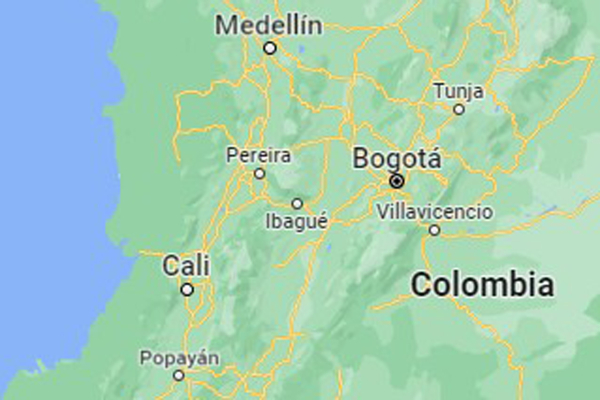 The Archbishop continued to say: “Tomorrow, early in the morning, my Pastoral Vicar Fr Pedro Rubiano Saenz, will take you to the different neighbourhoods, so you can choose”. Incidentally, this same Vicar, years later, became the Primate Archbishop of Colombia, in the city of Bogotá. Today, as I write this chronicle, he is retired because of his old age, and in very bad health.

So, early the next morning, they set off in the Pastoral Vicar’s car for a neighbourhood called El Rodeo.

The Vicar had not taken into consideration the rain that had fallen the night before, nor the clayey terrain of that neighbourhood. What happened was that the car got stuck, and some local people were called to help them out of the situation. After that the Blessed Sacrament religious said to the Vicar: “God is speaking to us, he wants us to remain here.” And there Father remained.

The Blessed Sacrament religious was experiencing all this while the Superior General, Fr Harry Verhoeven, arrived to Popayán. He was curious about the stories about the religious of Popayán and wanted to go to Cali personally to see what was going on. Because of bad luck we almost lost our Superior General.

Indeed, Fr José Martín Eguiguren, parish priest of the Parish of Santo Domingo in Popayán and Fr General had not chosen the best day for their visit.

The road connecting Popayán and Cali was a small dual carriageway. It was not surprising what happened next. A car going towards Popayán, at full speed, attempting to overtake a truck in the middle of the storm and with no visibility due to the fog, collided front on with Fr José Martín’s car, which was heading towards Cali. This irresponsible act made Fr José Martín swerve and ended up off the road. Fr General was thrown out the car into a field, whereas, Fr José Martín, a man of 120 kilos, had his leg trapped in the car. Using all his strength he managed to free himself and started to look for Fr General, very anxious and unaware whether he would find him dead or alive.

Thank God Fr General was alive. He was wounded, but alive. He was left with a scar on his forehead for the rest of his life, a souvenir of the event. That same day they managed to arrive in Cali, to the convent of the Sisters of Mother Laura, who did everything possible to look after them while curing their wounds.

Last modified on Wednesday, 21 December 2022 11:10
Tweet
Published in News
More in this category: « Madrid: New members of the Aggregation Must Read Book: A Eucharistic Spirituality by Fr. Paul Bernier SSS and Jim Brown »
back to top