Aggregation of the Blessed Sacrament in Argentina 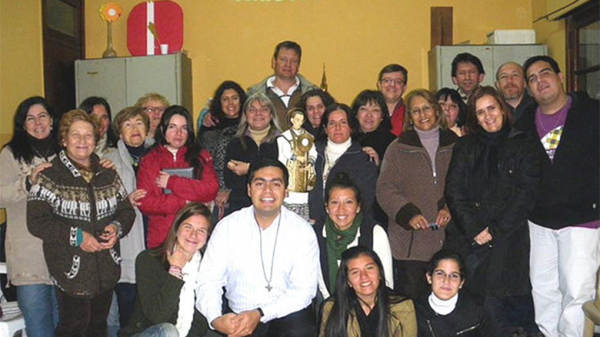 In August 2013, a group of about 50 parishioners gathered by the then parish priest Fr Julian Acevedo sss was called to a meeting at which Vivianne Dutra and Brother Gilton De Holanda sss coming especially from Brazil also took part. We were invited to follow the path of preparation in discovering the charism of St Peter Julian Eymard, who by means of the Aggregation of Lay People wanted to spread the love of the Eucharist throughout the world.

We remember that this meeting was very pleasant, all of us being able to feel part of a great family, in which we could take into account the number of brothers who compose it and work for the Lord. 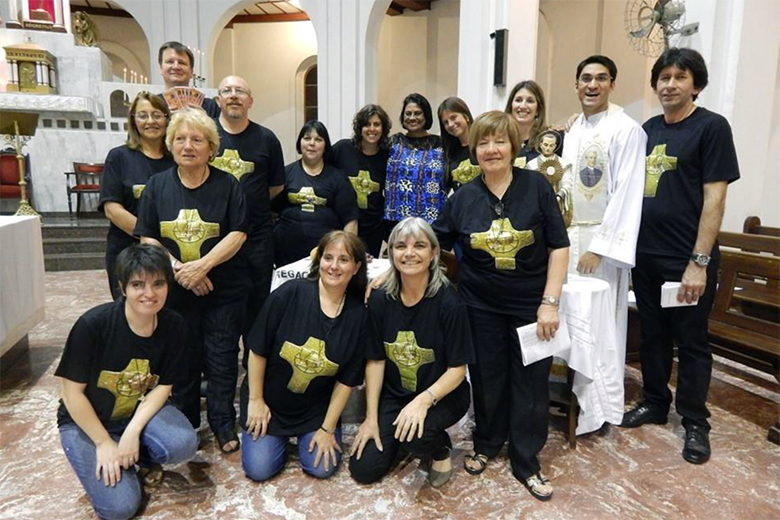 The way we would go through the path of formation would be through a cycle of meetings aimed at developing in us the spirituality centred on the love of the Eucharist, the shared table and recognition of our union as true brothers in a Living and Present Christ.

The content of the formation of each of us was by means of the Lectio divina, which was drawn from various passages of the Gospel, guided by Fr Carlos Gerk sss, with whom we daily tasted and retained in ourselves the Word and Holy Spirit, whose growing action was in an almost imperceptible manner in our hearts. These were occasions we lived with much joy.

Sadly Fr Carlitos, as we called him, was suffering from a serious illness and departed for the Father’s house in May 2014. After that, Fr Gleidson Forte Martins sss accompanied our formation.

In the month of August of that same year, we were invited to take part in the 6th Assembly of the Association of Blessed Sacrament Laity in the city of Belo Horizonte, Brazil. We consider this as a gesture of great generosity on the part of our brethren since we had not yet made the promises. 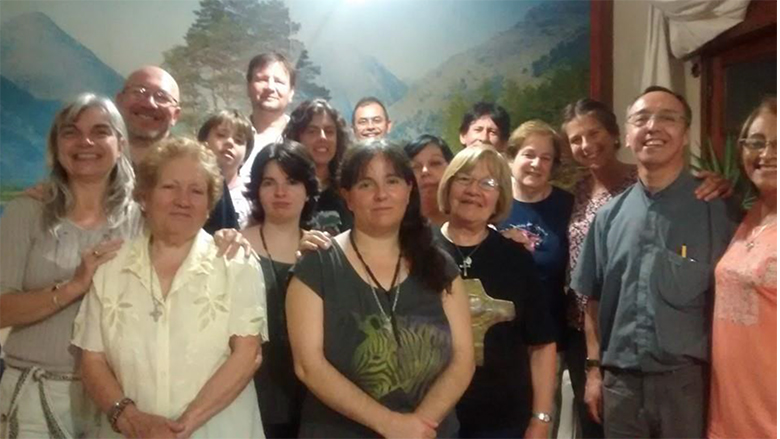 Our story continues at the end of both that year and also our formation with an intense spiritual retreat preached by Fr Francisco Junior sss.

Before the whole parish community, we made our Life Promises on 12 December at the Eucharistic table presided by Fr Hernaldo Farias sss, who was then the Provincial Superior, and the Sisters Adriana Silva and Doris de Almeida of the Provincial Coordination of men and women Blessed Sacrament laity. On that day we numbered 13 new lay members… what a joyous experience! … brimming over with so much grace in that beautiful ceremony!

We continued to be enriched at each meeting by every theme presented in the formation meetings and actively shared with our brethren in the life of the parish. 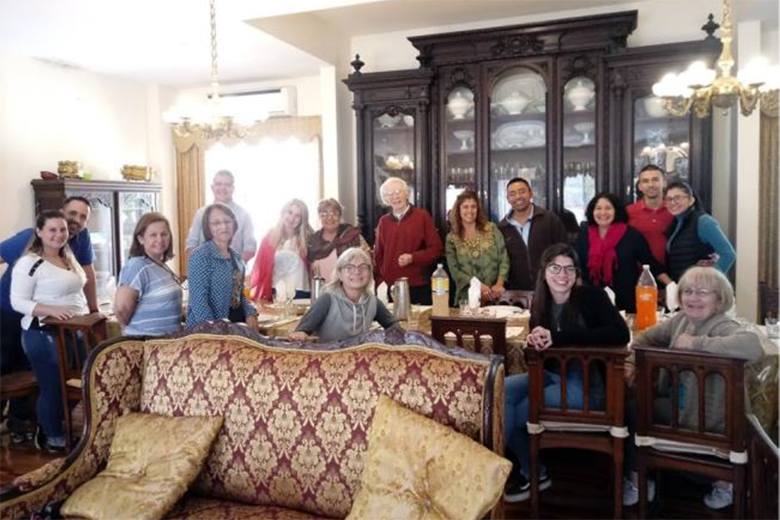 Departing to other places in his homeland, Fr Gleidson was replaced by Fr Juan Enrique Pacheco Chávez sss, who continued to be our guide until May 2016, when, not being able to form a community of consecrated Blessed Sacrament persons in our parish, he was sent to Buenos Aires, leaving the administration to the Archdiocese of Rosario.

Somewhat saddened by the departure of the Blessed Sacrament religious, who had for so many years accompanied this sector of the city of Rosario, and needing the Congregation as a point of reference, we began to be guided by Carlos Tavares sss, who as a scholastic continuing his studies in the Basilica, took part in our meetings once a month.

We shared the spiritual retreats and fraternal meetings with our lay brethren of the Basilica, either at San Martin, Rosario or Buenos Aires, strengthening our times and with Our Lord’s help endeavouring to become more fraternal, prayerful servants. 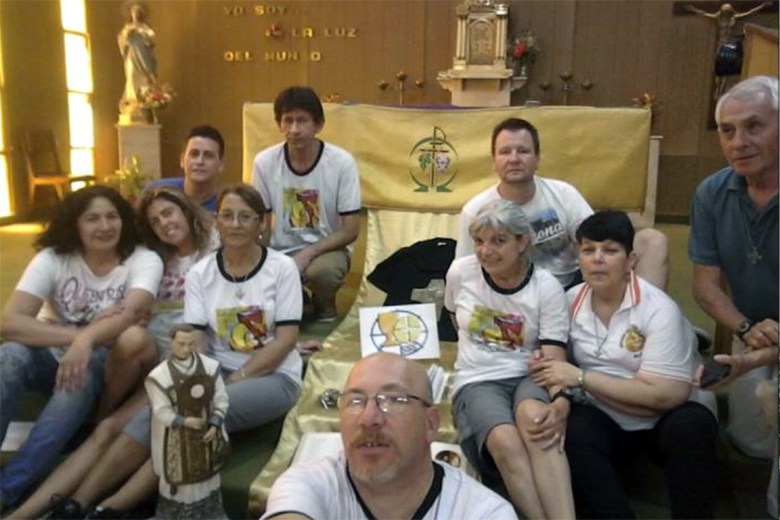 We are very grateful to Fr Andrés Taborda sss, who became our guide almost two years ago. He always has a word of encouragement and through simplicity shares his knowledge that enriches our meetings with meditations and anecdotes.

Life and various events have occasioned some of the initial group of 13 to follow other paths and no longer take an active part in the ongoing formation process to which we are sent by the Coordination. At present, we number 8 brethren, who with great enthusiasm and renewed strength, endeavour in everything we do to bear witness to the Eucharist in parish life so that the teachings of our holy founder may continue to illumine the community.

We ask Our Lady of the Blessed Sacrament to continue to intercede for all of us, enlighten our guides and leaders, so that more and more of our brethren may fall in love with the infinite love that flows from the Eucharist and that, following St Peter-Julian Eymard’s example, we may be a leaven in society.

Tweet
Published in News
More in this category: « Celebrating Corpus Christi Four new deacons ordained in Maputo »
back to top