A painting of Fr Eymard found in Rome 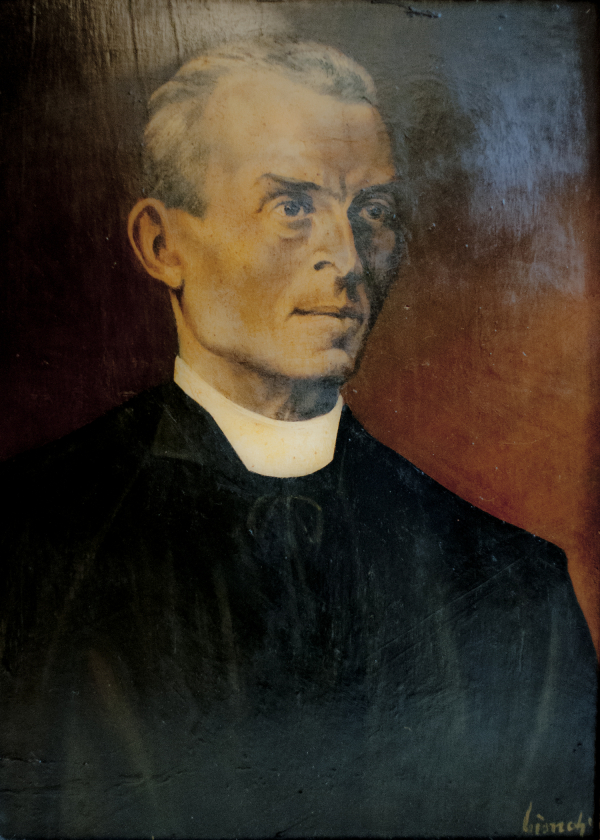 On 30 September 2021, our Superior General, Father Eugênio Barbosa Martins, received a letter from Professor Gianni (Giovanni) Biondi, a resident in Formello in the province of Rome.

Prof. Biondi informed him that he had in his possession of a painting by Saint Peter-Julian Eymard.

We got in touch with him to get to know each other better and to arrange for how to obtain the painting. Here is the story about it.

Prof. Gianni (Giovanni) Biondi is a clinical psychologist and psychotherapist, former Director of the Complex comprising the Unit of Paediatric Psychology at the Bambino Gesù Hospital, in Rome.

He wrote to us about a work of art painted by his father, Michele Biondi di Giubbino.

It all began in 1953. Like many of his peers, he had contracted polio. His condition was quite serious. At that time his father was in contact with the Congregation of the Blessed Sacrament in Rome and perhaps at San Benedetto del Tronto regarding some works of art, about which, however, Prof. Biondi remembers very little.

It was a very difficult time for him: infantile paralysis, with various levels of severity, had affected his four limbs. During that period, a religious was very close to him; his name was Father Damiani.

One night the child Gianni dreamt of a priest next to him, and he says that he was struck by the sense of serenity transmitted by the feeling his affectionate closeness gave him.

Later, he spoke of his dream to Father Damiani who showed him a photo of the then Blessed Father Eymard whom the child, with surprise, recognized.

Prof. Biondi recalls that at home there had always been the impression that from that moment on he began to improve and apart from some remaining problems, he was able to experience a good autonomy of movement, eventually allowing him to carry out his life both as a father, husband, professional.

At that time his father painted a portrait of Blessed Father Eymard which he possesses.

Since Prof. Biondi and his wife live in a house that is too large for them, they decided to move and to donate this portrait to the Congregation in memory of Saint Eymard, of whom he is very fond.

The religious to whom Prof. Biondi refers is Father Leone Damiani, a Blessed Sacrament religious. In September 1952 Fr Damiani was transferred to the community of San Claudio in Rome. Thus, he became acquainted with the Biondi family. 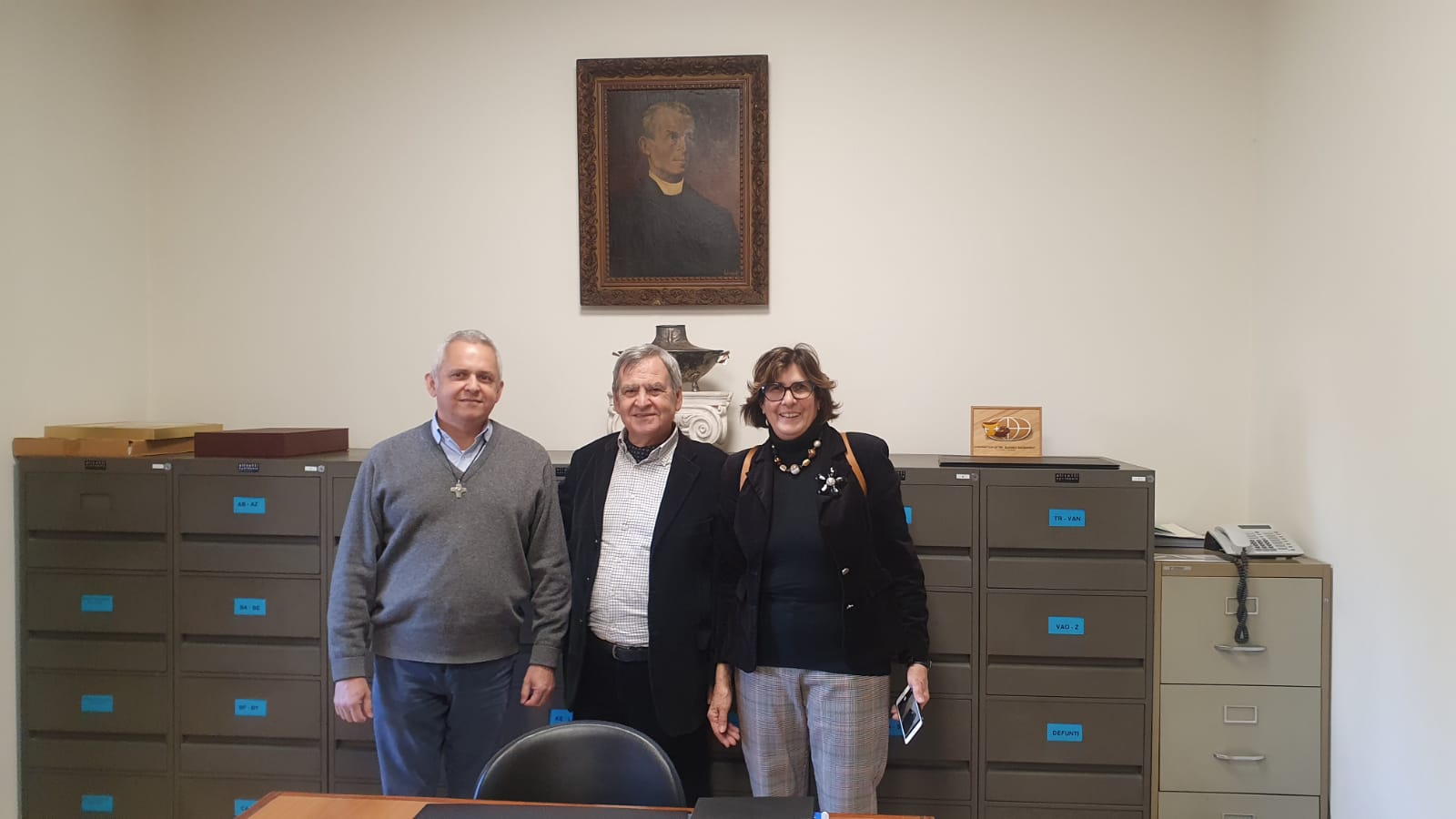 Fr Eugenio and the Biondi family with the picture above

On 10 November 2021, Father Eugênio and Father Philip Benzy, the General Treasurer, went to Formello to meet Prof. Biondi and his wife in person, from whom they received the painting. The meeting was very cordial and interesting. The picture presents a beautiful portrait of Fr Eymard realised by oil painting technique, measuring 85 x 67 cm, carried out between 1954 and 1957 in Rome by the artist Michele Biondi di Giubbino.

A few days later, the Biondi family were invited to lunch at the Curia during which Fr Eugênio gave them a copy of the biography of Fr Eymard.

To learn about the works of the artist Michele Biondi di Giubbino, you can visit his website:

Last modified on Friday, 24 December 2021 09:38
Tweet
Published in News
More in this category: « 25th Anniversary of the sacerdotal ordination of Father José Antonio Rivera Ruiz SSS Colombia: the Eucharist from solidarity with the poor »
back to top